Kalonzo Musyoka, Kenya's 10th Vice President is widely viewed as an opportunist, taking chances at any slightest opportunity since he ventured into politics at the age of 30 in 1983.

Kalonzo first vied for the Kitui North parliamentary seat in 1983 when Kenya was still a one-party state, he lost. The seat fell vacant in 1985, offering Kalonzo another opportunity.

A year after his election into Parliament, retired President the late Daniel Arap Moi appointed him an Assistant Minister for Works, Housing and Physical Planning, a position he held until 1988. He was re-elected to Parliament, and at the same time became the Organizing Secretary for Kenya African National Union (KANU).

During his second term in Parliament, between 1988 and 1992, Kalonzo also served as a Deputy Speaker of the National assembly.

During the first multi-party elections in 1992, Kalonzo decided not to gamble his options and remained in KANU, subsequently retaining his parliamentary seat. He was rewarded by Moi for his loyalty by being appointed the Minister for Foreign Affairs and International Cooperation.

Kitui North was split into new constituencies in 1997, wherein Kalonzo won the Mwingi North Parliamentary elections. He was later appointed the Minister for Education during Moi's last term in office.

Kalonzo's 'loyalty' to Moi and KANU 'expired' in 2002 when he decamped from the ruling party alongside Raila Odinga, Mwai Kibaki and other politicians to form the Liberal Democratic Party (LDP) and subsequently the National Rainbow Coalition (NARC).

NARC went ahead to win the 2002 elections with Kalonzo retaining his Mwingi North seat. Under the government led by Kibaki, Kalonzo was appointed the Minister for Home Affairs and International Co-operation.

Kalonzo differed with Kibaki in the 2005 referendum after leading the 'No" campaign against a new constitution and was subsequently sacked from the cabinet.

However, he would re-unite with Kibaki in the disputed Presidential election where he was appointed the Vice President.

During the election, Kalonzo ran against Raila and Kibaki, promising to pass in between. He came a distant third in the election, before being appointed to the government under unclear circumstances.

In the 2013 and 2017 general elections, Kalonzo shelved his presidential ambitions to support Raila, although, in both elections, which were disputed in court, they lost to President Uhuru Kenyatta and his Deputy William Ruto.

After the 2017 elections which were nullified, Raila swore himself as the People's President, but Kalonzo was missing in action, even as Raila loyalists branded him as a coward and a traitor.

Kalonzo had vowed to run in the August 2022 general elections but has for the third time shelved his ambitions to support Raila.

Kalonzo, who is hoping to be appointed Raila's running-mate is however facing stiff competition from Nark Kenya Party Leader Martha Karua, who is also eying the same seat.

Kalonzo's allies have been threatening to bolt out of the Azimio la Umoja - One Kenya Alliance if Kalonzo is not appointed as Raila's running mate. 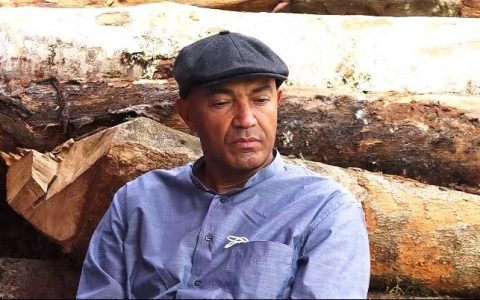 Peter Munya: A true ‘from grass to grace’ story 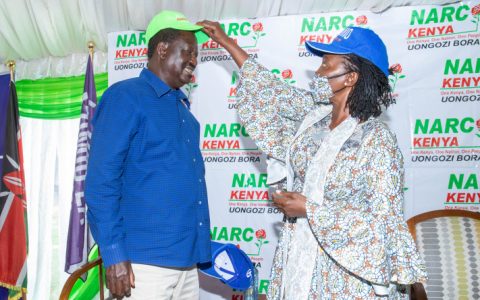