A trained vet  and dairy sector trainer, he is one of the many Kenyan farmers reaping big from dairy farming by adopting modern farming techniques and innovations.

Another 80 are reared on similar sized plot off Kenyatta Road, Ruiru. From the 158 cows, he earns Sh6.7 million a year with profit ranging between two and Sh3 million  annually.

With the cost of production taking up about Sh750 per cow, that’s good business,” says Wanjau.

His cows produce up to 35 litres daily. He milks the cows thrice a day using two milking machines acquired at Sh500,000 each, with a capacity to milk 10 cows at a go. “Its a quantity and quality market; the more you milk, the more you earn,” he says.

To maintain such a high yield, Wanjau has to ensure the cows are healthy, well fed and comfortable at all times. He feeds his herd on hay, silage and Lausanne.

For comfort, the cow sheds are padded with synthetic mattresses specially designed for use in cowsheds costing Sh20,000.

“Deworm the cows often. Costs of production spike very fast in case a cow gets sick, so keep the shed clean if you want to produce clean milk,” he said.

A cow should lie down for 12 to 18 hours for optimum milk production, according to Wanjau.  “We started with nappier grass feed, but moved to silage because it has a higher milk production,” he said.

All his 28 employees, 14 on each farm, are required to dress appropriately and observe hygiene in handling both the cows and the milk.

On all entrances to the cow sheds, footbaths are provided to curb introduction of diseases such as foot-and-mouth to the farm. The workers spray the livestock often to eliminate ticks.

Despite these efforts, Wanjau occasionally loses a cow to injury or disease. To keep the cost of production low, he began processing his own feed in 2016.

This has enabled him spend Sh4 for a kilo of silage, down from Sh15 to Sh20 initially.

He grows his main feed silage and Lusanne under irrigation on a 35-acre piece of land within Kiambu county. However, he still buys hay to supplement his feed.

Owning a 1,000 litre capacity pasteurizer has enabled the Kiambu farmer add value to his produce and serve different markets, earning more than other farmers.

Wanjau acquired the machine at Sh1.8 million, Sh2.2 million including installation. He sells his milk to local supermarkets in bulk and at the farm gate in smaller quantities. He doesn’t sell his milk to brokers.

Raw milk sold at the farm gate goes for Sh50 while the pasteurised one sells at Sh60 a litre. The pasteurised milk is sold at between Sh75 and 80 a litre.

Wanjau estimates that the farm he set up at a cost of a Sh1.2 million, minus the value of land, is worth between Sh10 and15 million today.

He began with three expectant cows in 2016 each costing Sh200,000 driven by the desire to practice what he learned in school and to profit from milk sales.

Currently, his model farm, complete with a milking machines and a cooling plant, comprises two large sheds, divided into seven sections, each holding a different age sets of cows— from cows and heifers to lactating mothers. The upper floor of the shed serves as the feed storage area.

Being purely a dairy farmer, Wanjau uses technology to ensure the cows give birth to female calves only. His cows calve every year. Three months after calving, a cow is injected with hormones to get it on heat, then it is artificially inseminated.

The farm could be having 600 cows by now, but sells heifers at Sh200,000 each to maintain manageable levels. He plans to buy more land to host more cows.

And don’t worry if you cannot afford a big herd of cattle like Dr Wanjau’s. Laban Kosgey, 40 and a dairy farmer from Nandi county, gets 90 litres of milk a day from the three Fresian cows he rears under zero grazing on his one acre piece of land, translating to Sh6,300 daily.

Due to space constraints, he keeps his herd small, selling off calves at Sh150,000 each. He sells the milk to Kabiyet Dairy where he also serves as an extension officer, tasked with advising farmers.

From the three cows, Kosgey, popularly known as Bill Gates, is educating his three children. He has also constructed a permanent house and a biogas digester, which supplies his family with cooking gas.

Kosgey used to keep local breeds, but sold them off after realising that the former were more productive.

Malindi farmer Mary Balozi says rearing dairy cows is good business. She rears 12 Fresian cows and has been in the business since 2009.

Six have calved  recently and produce about 18 litres a day, which she sells at Sh70 a litre in local markets.

Her main challenge is maintaining farmhands, as most of them don’t linger. As for Wanjau, dishonest employees stealing milk and insurance refusing to compensate him for dead cattle are his worst nightmares.

To curb high electricity costs, which account for about 30 per cent of farm expenditure, Wanjau has installed a standby generator. Medication and other farm implements are “very costly”.

He asks the government to extend tax rebates to livestock farmers as well as increasing extension officers to improve milk production saying despite the challenges, Wanjau advises youths to go into farming, not as hobby, but as a business.

“Livestock farming is very beneficial if you do it the right way. Embrace technology, keep proper records, consider the feed, have a market for your products, and above all, find some reliable employees,” he said.

“Don’t start blindly, talk to experts, minimise your cost of production to increase profits,” he added.

Brookside Dairy to buy milk at Sh36 per litre 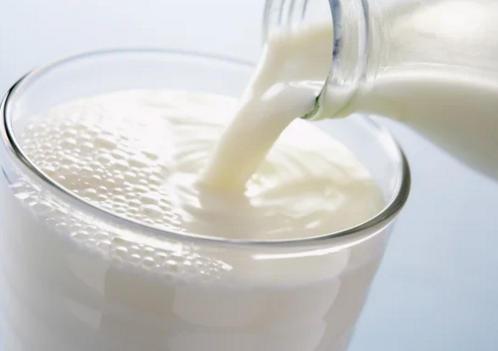 Processors not to blame for woes of dairy farmers