Calls for safety in lake as boat victims mourned

They died after a boat they were sailing in capsized last Tuesday. They were traveling from Pier Beach to Ndhiru Beach when the unfortunate incident happened.

Leaders who graced the service, led by Governor Cyprian Awiti, his deputy Hamilton Orata and County Commissioner Moses Lilan reiterated that there is dire need to implement safety measures in order to avert similar deaths.

They pointed out that there was laxity in adherence to maritime regulations.

He said preliminary investigations revealed that the accident resulted from negligence by boat operators, who overloaded the vessel.

“Our investigations indicate that safety violations happen in the lake, a practice we will not condone anymore,” Lilan said.

Commissioner promised that security agencies will implement a raft of measures to ensure maritime safety.

He said his office is liaising with the Kenya Coast Guard Service and Kenya Maritime Authority departments on the modalities to ensure strict compliance with measures in order to safe lives.

Measures, he said, will include ensuring that passengers put on life saving jackets, boats strictly carry the required capacity and that all coxswains will be required to undergo a certified training.

Additionally, nobody will be allowed to travel in the lake when drunk.

Lilan said the regulations will be implemented by the Kenya Coast Guard Service officials, who will be conducting frequent patrols in the lake, adding that those found breaking the law will face legal action.

“Any boat proprietor who cannot comply with maritime rules should shift to another business.

We demand that all coxswains must undergo training from accredited institutions,” he said.

Governor Awiti underscored the need to implement maritime safety rules to prevent deaths in the lake.

“We do not want to lose anymore lives in such tragic circumstances. Therefore, it is important that the stipulated rules be strictly implemented,” Awiti said.

Independent Kristo Church of East Africa Archbishop Rev Vincent Arogo, who lost six members, regretted that the unfortunate incident could have been avoided if the crew complied with requisite maritime rules.

He raised concerns that the boat was overloaded at the time the accident.  “We do not fear death, but it is impractical to load a boat with bags of cement, iron sheet, timber, other goods and passengers and expect it to land safely,” Arogo said.

Orata argued that boat operators who fail to comply with the safety measures should be denied business permits.

“It is better to deny someone a business permit than make them operate boats that can cause deaths in our lake,” Orata said. 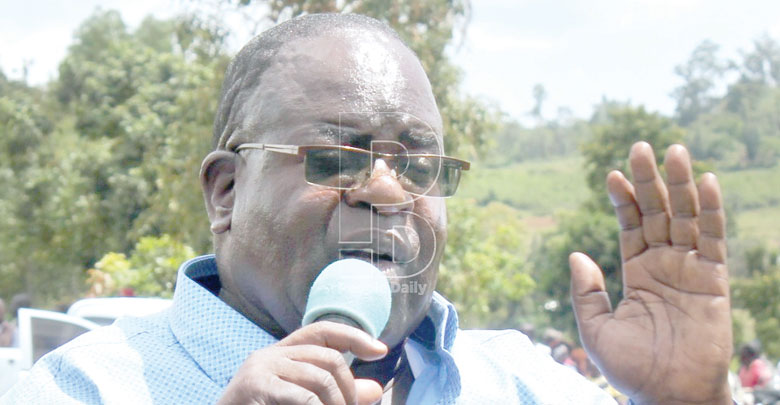