Aviation industry glides to a shutdown

The travel industry is facing a crippling shutdown thanks to the global coronavirus spread threat.

Most airlines are grounding fleets as more countries introduce travel bans and tough 14-day isolation requirements for all arriving passengers.

By last week, Kenya Airways (KQ) was operating only 35 per cent of its fleet following travel restrictions in several African countries, UAE and India.

“This has greatly reduced our revenues,” acting CEO Allan Kilavuka said in a communication to staff last weekend.

The carrier is the main delivery arm of the country’s international tourist market.

“We will have to place 50 per cent of our aircraft on long-term storage while the rest will undergo maintenance,” said Kilavuka.

KQ’s sister airline, low-cost carrier Jambojet, which flies on both domestic and international routes, on Monday suspended flights on the Kigali and Entebbe routes over the Covid-19 spread, which the airlines said has resulted in a decline in the number of passenger bookings. This will also further dent the group’s revenues.

However, flights on local destinations, including Malindi, Ukunda, Mombasa, Kisumu as well as Eldoret will continue to operate as usual though there has been a massive reduction in the daily frequencies.

“All affected passengers have been contacted and updates to their flight schedule communicated,” the airline said in a statement.

“We encourage passengers to adhere to essential travel during this period as relevant agencies work towards containing the spread of the virus,” it stated.

SafariLink Aviation has lost 75 per cent forward bookings since the first case of coronavirus was reported in the country almost two weeks ago.

Chief executive  Alex Avedi said the business loss was severe, adding that from last night when all international passenger flights to the country were to be stopped, the situation would be worse.

“Since Kenya reported the first case of Covid-19, we have every day continued to receive cancellations which now stands at 75 per cent  —by all standards a huge drop in business,” said Avedi.

He  added:“These are challenging times; cancellations of flights, especially by foreign tourist who use the airlines to connect to destinations such as Masai Mara, has been on the rise.

The airline will not send home its workers during this low-season, but will ask them to take unpaid leave if necessary.”

Avedi estimates the loss to millions of shillings. Most of the 13 aircraft the carrier owns and operates are grounded.

“We have stopped daily international flights to Kilimanjaro Airport in Tanzania and the island of Zanzibar.

We now have only two small aircraft that flies five days in a week to Lodwar, Kitale, Vipingo, Lamu and Kisumu,” he said.

Avedi said this year’s tourism peak seasons in Masai Mara Game Reserve and the Coast will be affected because Kenya’s source markets in Europe and East Asia have been hard hit by coronavirus.

The State’s decision to have its citizens stay indoors will also affect visits by Kenyans to game parks and reserves for wildlife viewing.

“The decision to cut links with source markets through stopping international flights and insisting that people stay in their homes will definitely affect businesses for hotels and tour companies, leading to closures and redundancies,” he said.

He spoke as management of lodges and camps in Masai Mara have started laying off workers due to lack of business.

“We are sending home most of our workers. If the situation gets dire, we will close until the virus is contained or eliminated,” said Ben Kipeno, proprietor of Siria Mara Game Camp, which mainly draws its clients from South America.

This is because more travellers are cancelling their holiday or travel plans over corona virus fears.

Recently, the Kenya’s Coronavirus National Emergency Response Committee halted flights from Italy’s northern cities of Verona and Milan, which had direct flights to Mombasa. The committee has also banned flights between Kenya and Iran.

In just one month, KQ has recorded $8 million (Sh850 million) loss in revenue since it suspended flights to Guangzhou, China.

Recently, the US expanded its travel ban in Europe to include the UK and Ireland.

Other countries have also introduced self-isolation for 14 days for their arriving citizens.

Regional airlines such as Air Tanzania and RwandAir have also cancelled flights. South African Airways (SAA) has suspend all international operations until May 31 in response to a government travel ban aimed at stopping the transmission of Covid-19.

“In addition, the increasing risks to our crew of contracting the virus including the possibility of being trapped in foreign destinations as a consequence of increasing travel bans cannot be ignored,” said SAA acting chief executive, Zuks Ramasia.

SAA operates in three markets that form part of countries listed in the travel ban as high-risk areas.

These are the US (Washington DC and New York, JFK), UK (London, Heathrow) and Germany (Frankfurt and Munich).

In addition, SAA flies to Australia (Perth) and Brazil (São Paulo) , which have not yet been declared high-risk, but all of flights have been cancelled.

“We also recognise the fluidity in the conditions we operate in and the need to responds to these changes with speed, to this end we commit to keep all our stakeholders abreast of any changes on an ongoing basis” said Ramasia.

Dubai carrier Emirates (EK) reversed on Sunday its decision to suspend all passenger flights, shortly after it said it would halt operations from March 25 amid the novel coronavirus outbreak.

EK said it had received requests from governments and customers to support the repatriation of travellers and will continue to operate passenger flights to 13 destinations, down from its usual 159.

Emirates will continue to fly to the UK, Switzerland, Hong Kong, Thailand, Malaysia, the Philippines, Japan, Singapore, South Korea, Australia, South Africa, the US and Canada.

To cushion passengers from the impact, the airline has introduced a waiver policy for all booked tickets issued from 7 March until 31 March 2020, allowing customers across its network the choice of changing their travel dates without change and reissuance fees.

Customers can change their booking to any date for travel within an 11-month date range in the same booking class without change penalties across the Emirates network.

“The situation remains dynamic and we will continue to look at ways to provide flexibility, convenience and peace of mind for our customers,” said Adnan Kazim, Chief Commercial Officer, Emirates Airlines.

Globally, the International Air Transport Association (IATA) forecast the aviation industry would lose $29 billion (Sh3.1 trillion) worth of passenger revenues this year, of which $40 million (Sh4.24 billion) will be from African carriers.

Global traffic is forecast to drop, causing the first overall decline in demand since the Global Financial crisis of 2008-2009.

“This will be a very tough year for airlines,” said Alexandre de Juniac, IATA’s director general and chief executive.

“It is clear the airlines are struggling. Our initial analysis suggests that we are facing a 4.7 per cent hit on global demand. That could more than eliminate the 4.1 per cent growth we forecast for 2020 in December.” 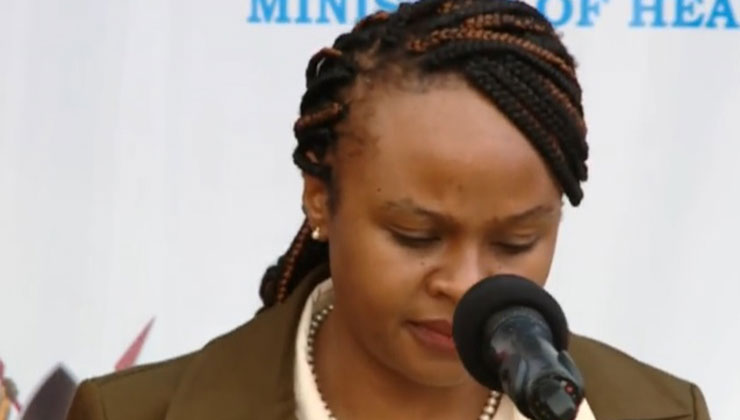 Brookside Dairy to buy milk at Sh36 per litre