Donations to combat the desert locust invasion in Eastern Africa continue to pour in even as more parts of the region suffer from the ravenous insects.

At least 26 counties have been affected in Kenya by the pest, with Kisumu and Narok counties being the latest to be raided by the pest.

Among the donor to this effort are the Africa Solidarity Trust Fund (ASTF) and the US. ASTF has donated $1 million (Sh100 million) to the Food and Agriculture Organisation (FAO) to combat the locust upsurge in the Horn of Africa.

“We have a window of opportunity before the next planting season. Flexible funding will help us move fast,” observed Maria Helena Semedo, FAO’s Deputy Director-General for Climate and Natural Resources in a statement.

A fortnight ago, Japan extended an emergency aid of $7.5 million (Sh750 million) to Kenya, Somalia and Djibouti to fight the pest.

To be channelled through the World Food Programme (WFP), the money will mitigate the effects of food shortages and malnutrition from  the infestation.

On its part the US will now provide $8 million (Sh800 million) towards the control of locust infestation in the three Eastern African nations.

Making the announcement, US Secretary of State Mike Pompeo said the funds will go to Ethiopia, Kenya and Somalia.

The Desert Locust is the most dangerous migratory pest in the world.  FAO’s latest update says the ongoing invasion presents an unprecedented threat to food security and livelihoods in Ethiopia, Kenya and Somalia.

FAO locust watch says South Sudan and Uganda are now at risk and there is also concern about new swarms forming in Eritrea, Saudi Arabia, Sudan and Yemen as swarms continue to grow on both sides of the Red Sea.

Officials estimate that about  $76 million (Sh7.6 billion)  is needed to scale up efforts to control the spread of the pest. So far more than $18 million (Sh1.8 billion)  has been donated. 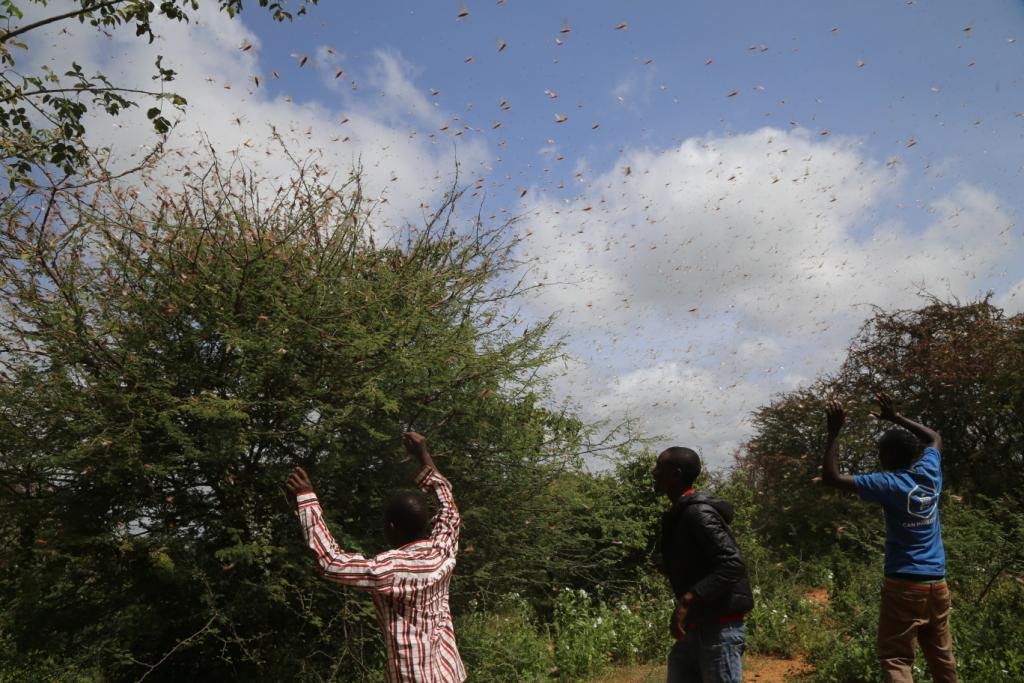