A rare breed of men and women has effectively eclipsed out forex bureaus and commercial banks in exchange of regional currencies at the cross-border points.

They are the unspoken powers driving money exchange business at land border crossings of the East African Community (EACV) member States, where they are, in many cases, the only option or at least they will try to convince you that they are.

The moneychanging business is booming in these towns and the vendors are laughing all the way to the bank as they handle hundreds of thousands of shillings even millions daily while exchanging various East African currencies for thousands of travellers going through the border points.

Fully licenced, the money changers, who used to be part of the black market, walk freely on the Ugandan side of the border and offer their services to travellers and traders. They are also present in Namanga, Isebania and Sirare towns on the Kenya – Tanzania border.

Kenya, Uganda and Tanzania shillings, Rwandese and Burundian Francs and South Sudan pounds are their tools of trade.

An immediate regional Kenya Revenue Authority (KRA) officer James Ogilo said the biggest irony is that their tools of trade are openly displayed in form of huge wads of cash money on mobile collapsible tables under huge battered umbrellas or in their hands without fear of insecurity.

The brave cross-border money changers appear unconcerned about the possibility of being robbed unlike banks, forex bureaus and a myriad other businesses that hide their cash in drawers, under lock and key.

Ogilo said the vendors are strategically located at various open air points all along either side of the borders fully dressed in aprons designating them as money changers.

“They choose those points because of the huge number of people crossing into Kenya seeking the Kenya currency and those to Uganda who are looking for Uganda shilling,” said the KRA official.

Unlike the interior towns where traders would require Uganda currency, Kenya shilling is powerful on the Uganda side of Busia, Malaba and Lwakhakha towns where no business transaction can be done without the currency because of its high value over the others.

“We are talking about people whose services are required 24 hours every day of the week all year around. That is why their most strategic points of operations are close to the major cross-border highways in these towns both in Kenya, Uganda or Tanzania, beginning at least 100 metres as one approaches the official exit and entry points,” he said.

Kubebea said other money changers are located at the main bus parks serving these towns for travellers and the major market commodity and produce selling points especially on the Ugandan side as well as some of the busiest “Panya Routes.”

The KNCCI branch boss said there were very few forex exchange bureaus on either side if the Kenya-Uganda border because of the domination of the money changers handling the exchange transactions at every convenient point.

He said financial institutions with branches in the towns such as KCB and National Bank (now a stand-alone KCB subsidiary), Co-operative Bank, Equity both Kenya and Uganda, Stanchart Uganda have been reduced to dealing in exchanging major international currencies like US dollars, UK pound and Euros- the official currency of the European Union.

Kubebea said customers attracted by the institutions are those who need to exchange huge amounts of cash in excess of Sh200,000 or hundreds of millions in Uganda or Tanzania shillings, which most of the money changers may not be able to handle in addition to the privacy provided by  banking halls.

Local authorities in Uganda, Kenya and Tanzania confirmed the money changers are officially licenced to conduct their open air currency trade, some complete with official identity cards, especially in Uganda, complete with uniform aprons to identify them.

The immediate former Busia County County Executive Committee member for trade, commerce and co-operatives Gregg Akide said joint cross-border authorities had decided on these measures because at one time some conmen had infiltrated the trade to steal from unsuspecting traders who wanted to exchange currencies.

He described the vendors as a business breed of traders playing a critical role in the cross-border trade and to the big number of travellers who want to change currencies 24 hours to be able to transact their businesses in their desired currencies at their points of destination.

“The authorities cannot afford to ignore them because they also pay tax religiously in whichever country they operate,” said Akide. Speaking to the People Daily, Busia town Money Changers Chairman Godfrey Bukhala said they do brisk business in excess of Sh10 million equivalent of more than Ush120 billion daily in all towns involved.

“We operate 24 hours with some of us operating the night shift because of travellers while others embark on the day shift from as early as six or five o’clock to as late as 7pm or 8pm depending on the demand,” he said.

Bukhala said the business was highly competitive with many exchange dealers trying to secure transactions at every opportune moment because the more you transact the more profit you make.

“On average most of us make between per individual Sh1,500 to Sh5,000 per day when the business is good or less when things are bad,” he added.

Bukhala said that all the currency dealers were extremely sensitive and extremely aware of any fluctuations in exchange rates not only in the East African currencies, but also the international hard currencies since the rates traded at the national level in the capital cities has direct effect on their rates.

He said: “We are operating serious business enterprises where commercial entities such as banks and forex bureau cannot manage because they are controlled by operating business hours to open and close, while we do not and are easily accessible at all times.”

Though the introduction of new notes by the Central Bank of Kenya and the announcement that the old Sh1,000 note  was to cease to be in circulation by October  affected the free flow of trade between Kenya and Uganda, the action was a blessing to the local money changers as it led to booming business. 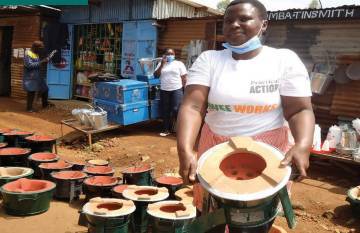 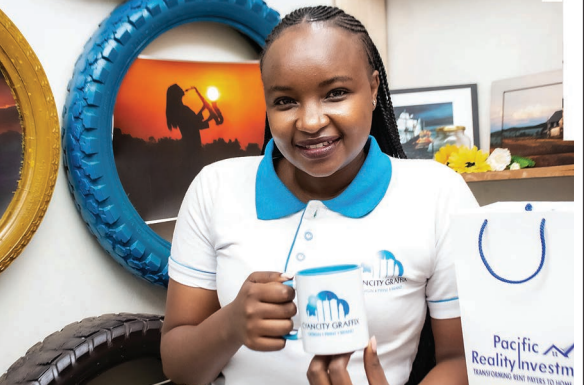 Reaping the fruits of patience, persistence

How Isiolo farmer is making a kill from ornamental birds