What started as a model real estate investment is turning out to be a nightmare for the more than 4,000 Kenyans who are staring at a possible loss of more than Sh10 billion.

All they wanted was a good return on investment but records at the Capital Markets Authority (CMA) and the Directorate of Criminal Investigations indicate that Cytonn Group of Companies had pulled wool over their eyes. Whereas there was some light at the end of the tunnel of their misery, a court order stopping the probe has dented their hopes of quick refund.

CMA records show that complaints filed by a section of aggrieved investors against the company by the end of June stood at more than Sh350 million, suggesting the figure may have risen in July.

CMA and DCI only began investigating the company in May following uproar from the public and a directive from the National Assembly.

In a report to Parliament, the capital markets regulator confessed it had been receiving complaints from investors alleging loss of cash running into billions of shillings over the last two years.

Ironically, some of the investors who had petitioned the government for intervention, may have to wait longer for their prayers after Justice Wilfrida Okwany temporarily stopped the DCI and CMA from investigating or prosecuting Cytonn Group of Companies.

“A conservatory order is issued prohibiting the respondents (CMA and DCI), its employees, servants and or agents from summoning, investigating, questioning, intimidating, harassing and or in any manner whatsoever, contacting the petitioners or any other employee or agent of Cytonn Group of companies in relation to the activities of the two products (Cytonn High Yield Solutions and Cytonn Real Estate project Notes LLP) pending the inter-parties hearing of the application,” Justice Okwany ordered.

She also barred the DCI and CMA from considering or preferring, in any manner whatsoever, any charges and arraignment of Dande, Wanjama and Nkukuu, or any employee of the company.

In their recommendations, CMA and detectives had proposed to have Cytonn’s top leaders charged with fraud and receiving money by pretences.

CMA has disclosed that the Capital Markets Fraud Investigation Unit (CMFIU), under the DCI, had established massive irregularities that could have led to loss of investors’ money.

The outcome of the investigations was forwarded to the Director of Public Prosecutions Noordin Haji for action.

The State prosecutor had approved arrest of the top Cytonn officials, but they are walking free courtesy of the court injunction.

“The authority has held extensive engagements in order to have some of its (Cytonn) business lines regulated by the Authority. In the same breath, there are some of its products, which are not regulated, and after the company failed to bring them under regulation, they were forwarded to the CMFIU for further action. CMFIU finalised its investigation and forwarded the matter to the Director of Public Prosecution,” reads a CMA document sent to the Budget and Appropriations Committee of the National Assembly.

Some of the claims against the company’s leadership, the authority says, relate to obtaining money through false pretences and raising cash from the public without proper licensing contrary to regulations 20 and 21 of the Capital Markets Authority Act and operating with unqualified staff.

It has also emerged that the authority does not have sight of all the businesses undertaken by Cytonn, its associates and related persons.

Investigations conducted by DCI and CMA indicated that most of the 4, 000 investors with the Cytonn High Yield Solutions (CHYS) who were brave enough to come out in the open complained of non-payment of arrears and their premiums upon maturity.

And in a bid to buy more time, CHYS converted to real estate term-sheet in April this year, by offering housing units under its projects in place of redemption for investors unwilling to extend moratoriums to the firm.

Investigators say that Cytonn introduced several products with almost similar names in the market to confuse investors and easily defraud them.

But in his defence, CEO Dande blamed the alleged failure by the firm to pay investors on effects of Covid-19 pandemic.

“I am an investment manager and not a magician who can mysteriously turn real estate into cash.

Ours is an entity that largely invests in the real estate sector, and operates like a chama (merry-go-round),” the report quotes Dande as having told investigators.

Garissa Township MP Aden Duale had last month asked Parliament to take action against the Capital Markets Authority for failing in its regulatory role, saying the estimated total losses incurred by investors due to CMA’s alleged negligence had risen to a tune of Sh36.8 billion, forcing the authority to highlight its activities against the cited institutions.

To buttress his claim Duale cited Imperial Bank, which he said, went under with investor funds under the watch of the markets regulator; clearing Chase Bank to issue Sh4.8 billion worth of bonds in 2005, after which the bank fell into receivership, and Nakumatt Holdings Supermarkets.

For instance, in the case of CHYS and CPNs, the authority says in June 2019, it received a complaint from Anne Kimathi against Cytonn High Yield Solutions for extending maturity of her Sh5.05 million and it forwarded the complaint to Cytonn but the matter was resolved.

In March, 2020, CMA received a complaint from Jane Boke Nyansiri, who had her Sh1.56 million redemption delayed from CHYS and the issue was with Cytonn Investments who responded in a letter dated March 12, stating that the issue had been resolved.

However, more complaints of an accumulated loss of Sh350 million were filed with them, and consequently, the authority in collaboration with the CMFIU and DCI initiated criminal investigations against the directors and senior management.

Cytonn Investments, according to CMA, has been offering “an unregistered cash management product” that would pool funds from the public for a guaranteed return, triggering a probe by the authority following public outcry.

Consequently, CMA issued a Notice to Show Cause (NTSC) on why the firm was carrying out capital market related business without a licence.

And while Cytonn, in its response, objected on the legal technicality, after subsequent engagements, Cytonn intimated its willingness to be licensed to operate in the capital markets under existing regulations, a position that confirmed that they were running an unlicensed business.

A further investigation was conducted on Cytonn and the probe found that the firm, then not licensed by CMA, was still offering these products.

Upon licensing of CAML as a fund manager, Cytonn acquired the entire shareholding of Seriani Asset Managers Limited, a licensed fund manager through a Share Purchase Agreement dated May 3, 2018.

Seriani operated the Seriani Money Market Fund, Seriani Balanced Fund and the Seriani Equity Fund whose acquisition was approved by CMA on June 26, 2018.

The authority approved the acquisition on June 26, 2018 and the names of the funds were changed to Cytonn Money Market Fund, Cytonn Equity Fund and Cytonn Balanced Fund as directed by CMA. 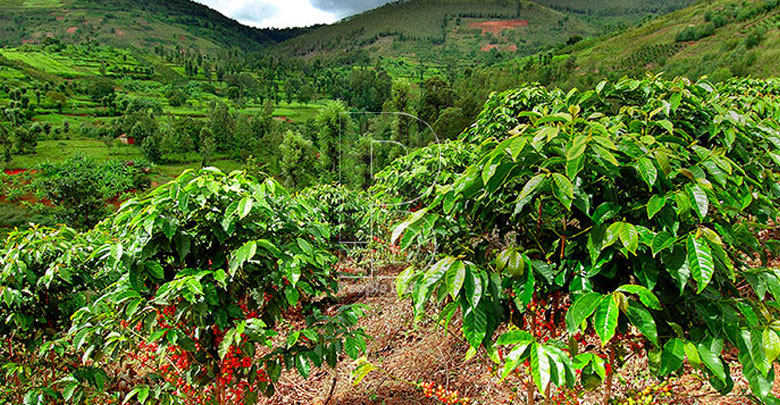 Why construction sector still lags behind in digital transformation