Telkom Kenya pulls out of planned merger with Airtel

Telkom Kenya yesterday announced it has opted out of a merger it has been pursuing with Airtel Kenya after failing to acquire necessary approvals to complete the multi-billion-shilling transaction.

In what could possibly be construed as frustrations following long drawn  out disputes with competition and regulators, the telco says opportunities presented by growing demand for internet services on the back of the coronavirus crisis has given it new impetus for growth.

“After carefully reviewing the available options, Telkom has opted to adopt an alternative strategic direction and will no longer be pursuing the proposed joint venture transaction,” said Telkom chief executive Mugo Kibati in a statement.

And with it, an estimated 575 workers equivalent to 72 per cent of its workforce earmarked for lay-off have been handed a lifeline, with the company withdrawing an earlier notice of redundancy issued on July 31, 2019.

The merger, which has been on cards since February 8, 2019 has been stalled by Safaricom’s push for a combined Sh1.3 billion payment the two telco’s owe it, incurred for the provision of various services including interconnection, co-location and fibre services.

Another hurdle emerged with the Ethics and Anti-Corruption Commission (EACC) insisting that it was yet to clear the deal despite reports that the anti-graft agency had approved the transaction.

The merger that was aimed at creating a stronger challenger to Safaricom, which controls 60 per cent of the mobile telephony market share, would have seen its mobile, enterprise and carrier businesses merge with Airtel has been stopped in its tracks for the last 19 months, an issue Telkom chief executive Mugo Kibaki said led to the company pursuing alternative strategic options.

Kibati said even as the telco was facing challenges in getting all the approvals required to complete the transaction, the company was simultaneously evaluating alternative strategic options to strengthen its data network service.

“The new, bold and exciting direction the company is now embarking on, offers all Telkom employees the opportunity for greater career progression, as the company commences the new phase of its development, to establish itself as an essential player in the new digital world order.

Though the fall through of the merger is a set back in Telkom’s attempt to bridge the huge data divide existing with Safaricom, the company will be encouraged with their new partnership with US tech giant Alphabet, which will beam high speed 4G internet using high altitude solar and wind balloons across 50,000 square kilometres with a forecast to expand the company’s internet subscription by 4.8 million.

Ten of the expected 35 balloons went live early July 2020. Kibati said their strategic direction has been further bolstered by the accelerated digital transformation brought about by the recent dynamics of the Covid-19 pandemic, that has made both businesses as well individuals, acutely aware of the need to review direction, with respect to how things are done and the need to step-up.

This accelerated digital transformation, he said, is particularly important within the telcoms sector, owing to an increased demand for data and broadband.

“The transformation dynamic also presents Telkom with a strategic advantage, to better position its infrastructure asset base and services, to support this digitisation and, in the mid to long term, bridge the consumer digital divide; connecting the unconnected by way of cutting-edge technologies such as Loon,” said Kibati. 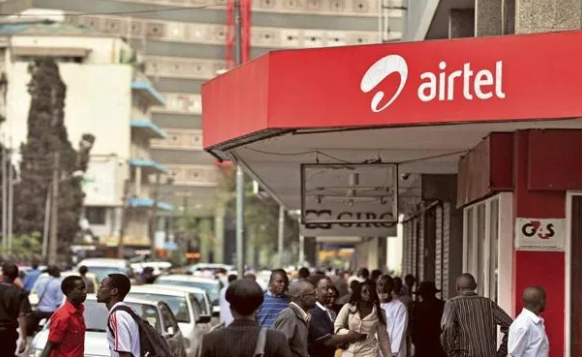 Why producing Coronavirus vaccines locally is not viable