Nakuru potato farmers have threatened to drop the crop in favour of others, lamenting increased cost of production.

They noted that with the high cost of fertilisers, pesticides and the new standardised packaging of farm produce at 50 kilos, they are running into losses.

Edward Kalale, a farmer, revealed that the costs of farm input incurred by the farmers has forced them to reduce the number of acreage, resulting in poor harvests.

Kalale wants the government to subsidise the costs of farm input to maximise yields, insisting that was the only way to secure food security in the agricultural county.

He also wants the government to lower the import duty on fertilisers and pesticides for the country to stop relying on imports.

“The fertilisers and pesticides used are expensive, yet traders want to purchase our produce at throw away prices, the government has to step in and assist in relaxed policies,” Kalale said.


On his part, Elijah Koskey wants the county government to reconsider reviewing the standardised packaging of farm produce at 50 kilograms. 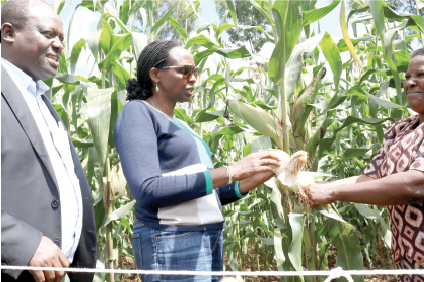