Welding is probably the most overlooked aspect of construction in real estate, yet it is one of the most instrumental to the success of a construction project.

Experts in the industry have welcomed the recent move by the Kenya Bureau of Standards to certify qualified welders, saying it will go a long way in ensuring the safety of buildings and the population at large

Welding is an integral component in building and construction. Many buildings incorporate at least one component of welding in their construction, which underscores the need for robust workmanship and quality assurance in all aspects of welding.

Informed by the critical role of welding in the structural integrity of buildings and other structures, the Kenya Bureau of Standards in November launched a welders’ certification scheme aimed at equipping individuals with competencies in welding based on national and International standards.

To players in the industry, this is a welcome and long-overdue move.“This is a very useful move, but it should have come earlier,” said Cyrus Thuku, an instructor in mechanical production and manager of Njambini Vocational Training Centre in Nyandarua county.

“Such standardisation will go a long way to ensure the safety of our structures and the population at large,” he adds.

“Through the scheme, we can periodically assess the competence of welders, which helps to bridge the gap on poor quality welds and fabrications,” stated Njiraini.

A lot of things can go wrong as a result of poor welding workmanship in real estate, Thuku said, underscoring the need for standardised practice.

“In the event that you deploy unqualified people to perform welding tasks, or make use of the wrong tools and material, you can expect accidents to occur. Poor welds result in weak structures,” he explains.

The instructor regrets that the local society has not attached a premium to welding, despite the critical role it plays in the provision of robust and safe structures for our day-to-day use.

Welding has been relegated, he rues, pointing to its lowly placement in the collective psyche of the nation.

The lack of structures to elevate the craft to the highest possible standards of academic achievement is a sticking point in Thuku’s lamentation.

The nation lionises certain professions, he says, while consigning welding and many other technical crafts to the catacombs of insignificance and dereliction.

“One can attain a PhD degree in psychology in this country, but when we come to these technical areas, such as welding, that’s not quite the case,” laments the instructor.

In an ideal world, efforts would be made towards enhancing a culture of professionalism and specialisation in the welding industry.

The KEBS certification scheme is a worthy first step in that direction, avers Thuku.

His support for the scheme is also partly informed by the country’s rich history of tumbling high rise buildings in some residential areas in recent years, that have raised concerns over the quality of workmanship in the construction industry. He proffers that welding could in most instances be the weak link.

Welding competence also implies thorough knowledge of the various metals and their suitability for specific tasks.

It also calls for in-depth knowledge of the various tools used in the craft. “One must understand which machine to use to produce the right intensity of flame to penetrate deep into a metal bar, for example,” noted Thuku.

For instance, construction might involve the setting up of metallic doors. If such doors are wrongly set, and poorly welded in place, they end up demanding extra force to open and shut them, which eventually wears them away. The same applies to windows.

Welding, Thuku expounds, helps hold a building together and keep the masonry in place, especially for large structures.

Metal is indispensable in construction, particularly for buildings that bear heavy weights. Bricks and mortar cannot sustain large strains on their own.

Thuku told Boma that welding is a multifaceted craft that encompasses at least 36 methods as taught in the local curricula, arc welding being one of them.

Others include deep sea welding and gas welding. In real estate, welding has many applications.

This approach, Thuku says is common with structures, such as churches and workshops. Petrol stations also rely heavily on welding.

Depending on the nature and purpose of a structure, welding is a handy and sturdy fabrication option for various aspects of a building, such as the roofs of buildings.

It is further expected to provide welders with numerous opportunities for career and professional development as well as networking opportunities.

The scheme is also expected to fast track the expansion of industries and sectors, such as general industries, transport, mining, building and construction, manufacturing, marine and shipbuilding, oil and gas chemical and energy, informal sector, among others, that incorporate welding as part of their technical and physical operations.

Kicking out poverty through education 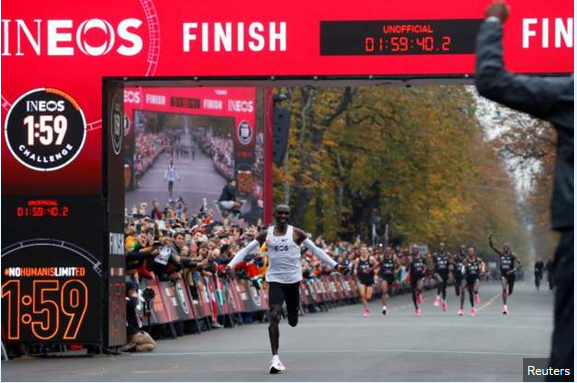