Construction of Competency-Based Curriculum (CBC) friendly infrastructure in Kitui kicked off with the opening of tender bids for the Ksh8 billion national project.

Following the opening of the tender bids, the evaluation process will be conducted to determine the qualified bidders to be awarded the tenders, which are highly competitive.

The tenders were floated by the Ministry of Education through the CBC infrastructure development programme, with 31 schools in Kitui Central Sub-County set to benefit from the CBC project.

Each class is allocated a standard amount of Ksh780,000 across the county.

"We will put in tireless efforts in ensuring that we evaluate and award the tenders by end of this month to create a convenient time for you to start construction of the classrooms that are expected to be completed by March 2022, " said Dennis Kitheka, the sub-county procurement officer.

However, the bidders lamented about some issues which they said they had earlier forwarded their grievances to the government through the office of the county commissioner, among their outcry being little amount of money allocated for each classroom.

“In comparison with the county government project where such a project is awarded Sh1.2 million, the Sh780,000 allocation is too little considering the scope of work involved as is well stipulated in the international standards," said Christian Wanza, one of tender bidders present at the tender opening meeting.

"Also the 16 per cent VAT deducted from the sum may be a deterrent to many contractors, as this will mean little or no profits will be realized, hence reluctance to accept the contract," Wanza added.

Pain at the pump as fuel prices increase by Ksh5.50 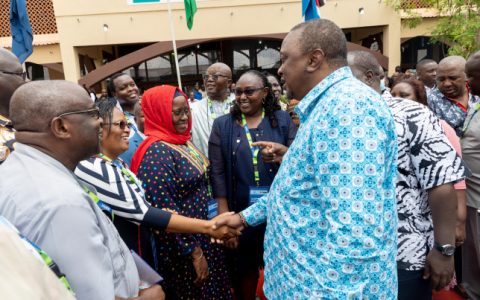