The 26th UN Climate Change Conference of the Parties (COP26), held in Glasgow, UK in November last year was seen largely as the last hope for higher climate ambitions.

Although it achieved some success because different agreements such as Glasgow Climate Pact were signed and several pledges made, little is understood about what as a country we signed for and the impact it will have on citizens if implemented. Besides, nobody knows what citizens can do to ensure all those dreams are realised.

“For sustainable transport, Kenya signed the Zero Emissions Vehicles Pledge at COP26. By this pledge, Kenya and 30 other countries agreed to accelerate the transition to zero-emission vehicles by 2030.

To meet this pledge, Kenya will need to invest in zero-emission vehicle technologies such as electric vehicles as well as those powered by other cleaner fuels such as compressed natural gas  and liquefied petroleum gas.”

He adds that the government is expected to push for policies and laws to support this transition, as well as investments in these new technologies.

However, for citizens, the current costs of electric vehicles and other clean-powered vehicles are quite prohibitive and many may not afford the transition in such a short period.

“To achieve this, the government need to have incentives such as tax waivers to bring down the costs and accelerate the uptake of the cleaner vehicle technologies.”

For fossil fuel phase-down, Opondo says though the decision changed the text from “phase-out” to “phase-down” of fossil fuel subsidies and coal, this pledge comes at a time when Kenya is advancing new large scale fossil-fuel investments such as the Turkana Oil exploration and production, Lamu Coal power plant, as well as off-shore oil explorations.

“To achieve this Kenya has to revaluate its policies and programmes regarding these projects and other fossil fuel investments since there will be more and more global pressure to cut down any new investments.

The country is also likely to up its investments in renewable energy sources such as solar, hydro, and geothermal,”

Dr Caroline Mulinya, Senior lecturer of Climate Change Sciences and Director of Collaborations and Academic linkages at Kaimosi Friends University,  a constituent of Masinde Muliro University of science and Technology, says carbon taxes and similar arrangements to increase the price of carbon are the single most powerful and efficient tool to reduce domestic fossil fuel CO2 emissions. This can be localised by encouraging people to plant more trees.

For example, if each tree planted earns some money and also provides seedlings to various organisations, such activities will encourage many people to take part in tree planting.

These initiatives should be supported by the government by the provision of an enabling environment,” she says.

On methane emissions pledge which saw as many as 103 countries sign the Global Methane Pledge that targets a 30 per cent cut in methane emissions by 2030, Opondo says to achieve this, Kenya must update its next Nationally Determined Contributions (NDCs) to feature methane mitigation.

Once this is done, programmes for improved agricultural (crop and livestock) production and better waste management are likely to see new investment going forward with overall improved livelihoods for citizens as well.

“Because of this pledge, efforts to cut back methane emissions from sectors such as agriculture and waste are likely to feature more prominently in Kenya’s climate change programmes going forward,” he adds.

On climate financing, he says that the new climate finance pledges made by rich countries to double finance towards climate adaptation by 2025 to support the decarbonisation of developing countries, will augment national climate change mitigation and adaptation efforts.

Local climate action especially in the counties will be key to achieving national targets.

He adds that counties should start now to prepare to receive and invest the climate funds.

They should already be putting in place necessary policy and legislative frameworks and institutions so that they are not left behind when the funds finally come.

“Developing countries face many challenges in accessing climate finance. There is a need for enhancing access to finance.

Once these finances are available, developing countries that are particularly vulnerable to the adverse effects of climate change will be able to mitigate its impact,” says Dr Mulinya.

She insists that this is necessary because provision of climate finance for adaptation remains insufficient to respond to worsening climate change impacts in developing country thus urging developed countries to urgently and significantly scale up their provision of climate finance, technology transfer, and capacity-building for adaptation to respond to the needs of developing countries as part of a global effort, including for the formulation and implementation of national adaptation plans.

“There is a need to continue supporting the developing country in identifying and addressing both current and emerging capacity-building gaps and needs, and to catalyse climate action and solutions to respond.

There is also a need for protecting, conserving, and restoring ecosystems to deliver crucial services, including acting as sinks and reservoirs of greenhouse gases, reducing vulnerability to climate change impacts, and supporting sustainable livelihoods, including for indigenous peoples and local communities,” she adds.

Climate scientists can road-test and perfect climate-fixing solutions thanks to tech advancements.

Scientists can also use computer simulations of the planet’s complex climate system from shifting weather patterns to the changing ocean currents to run different scenarios in global, regional, or localised contexts to see what works best and how to improve them. 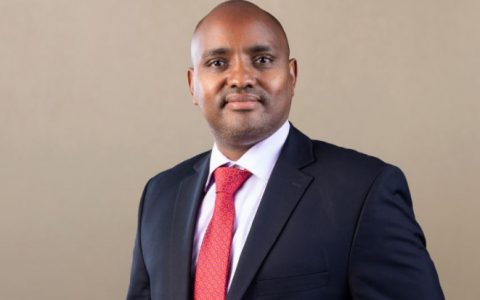