The filmmaking and acting sectors have been hit by the Covid-19 crisis, but as Jasmine Atieno found out, the players are pushing on through for a massive revival.

Since the onset of Covid 19 crisis, the Kenyan acting and filmmaking fraternity has experienced the worst of the seasons ever.

However, the stakeholders are bouyant that their fortunes will change for the better post-pandemic.

Aisha Mwajumla is popularly known for her role as Nimimi in the TV show Pete on Maisha Magic.

She says the pandemic has hit her badly, especially in the early moments after the first coronavirus case was announced in the country.

But as tough as it has been, she remains positive that the industry will even boom double fold, after the pandemic.

“The effect is fading now because when the president announced the first lockdown, we were on set and we had to go back home. I was affected more because we had crazy deadlines.

This meant we were not getting paid if not delivering our episodes. After the 21 days, we were supposed to go back on set, but again we were hit by the Health ministry regulations.

Most of the cast members are in Mombasa county with others in Nairobi, but our set is in Kwale county.

So, it was hard to get the whole team on set, especially due to the restricted movement,” Aisha tells Spice.

She adds that having a small team on set meant there was so much to do. “So, this is the time that I really felt the effect of the pandemic, but now we are moving forward.

And being in Kwale, which generally has a small population, our new normal was a relatively better one to manage.

But a majority of us have stagnated due to the unavailability of shows and concerts,” she shares.

Aisha says things are picking up the pace, especially with the easing of restrictions and infection numbers reducing.

This has made it possible to hold shows with at least 100 people, which means a little income from how things were pre-Covid.

During the period, Aisha started a digital talk show on YouTube called Aisha Talks, where she hosts guests to discuss topics on issues affecting women.

She has also been lucky to be cast in a movie shot by Nairobi-based Uriel Films that was shot in Malindi, and set to premiere soon.

Renowned actress Nice Githinji also intimates that just like all other entertainers, things were difficult for her at the beginning, and the situation became much worse as the days passed by.

But she is delightfully surprised by how artists have evolved, because for the most part of the pandemic, they have been made to look from within for inspiration.

“Just like everyone, it was quite a shock in the beginning; dwindling savings and all.

It also came in the way of my long-time romance with the theatre, because for obvious reasons, we couldn’t work anymore.

The pandemic also forced me to stop training actors for a while. Theatre, film and TV are social careers.

We love people; we mirror people, we watch people. Actors are low-key voyeurs; studying and being curious about people and societies is in the blood,” says Nice.

She adds, “So, the creative process has been in shambles. However, I’ll say that I’ve come out of the other side more aware of myself, and I am very comfortable with change.

To me this pandemic has seen me telling the universe “challenge accepted”. Today it’s the pandemic, next it’s elections, the time after that there’ll be an upsurge in security or even gender-based violence.

There’s always something around the corner. The trick is to intentionally find the good things amongst the rubbish.

That is how I’ve been coping. I’ll also add that my life has been a series of curve balls so I’m at home in chaos. I know how to make it work for me.”

“There will be more consumption of Kenyan art post-pandemic. Content will be more readily available for consumers.

To quote Wambui Kamiru Collymore, we’ll finally move from saying “Support the arts” to “Invest in the arts” because we will all understand that buying our own art is investing in our own culture.

As creatives, we’ll all realise that we need and can make our own ‘Hollywood’; so we shouldn’t trip and fall all over the place trying to catch a flight to Los Angeles.

It will find us here. Let’s just tell our stories,” says Nice, who is currently working on four projects including a talk/magazine show, TV series that she is directing, a documentary and opening an acting school called Nice School of Arts.

For actor MC Sunday, the ban on events and gatherings has been his biggest hit.

“It has not been easy, but we all know there is always an option ‘B’, so online has been the new avenue.

I have done some works, for instance I was part of the artistes who benefited from the money that was given out by the president for artistes and we have been making short videos with my friends and recently I was also featured on Maisha Magic East’s TV drama series Njoro Wa Uba. I hope things go back to normal soon,” says Sunday.

Rick Mutune is popularly known for his role as Luka in the TV show Kovu. The Kenyan screen star says the pandemic has had a great effect on him, as many of the works he was handling were all halted.

“Programmes and projects were stopped suddenly, and it has not been easy coping since most of us depended on acting and advertisements for income. But we had to find side hustles to get by.

This year, I have had only one project out and it is a commercial, so I’ve mostly been depending on the old ones.

There are a lot of projects that were put on hold, so after the pandemic, there is going to be more releases than ever before,” says Rick.

Jukwaa Arts actor singer and songwriter Bilal Rashid intimates that his greatest challenge as an actor during this period has been pushing his content, with everything shifting to online.

“My income has greatly reduced, but the biggest challenge has been pushing of content.

It’s always different when you are doing it both online and on the ground, but now everything has to be done online.

And most of our supporters are on the ground and not online, especially since not every one of them will have enough data bundles to engage us online.

In fact, there are times even ourselves as actors could not afford the Internet connection.

But I have to also say I have a lot of projects in the folders just waiting to be released when the money is available and especially when the pandemic passes,” says Rashid.

Actor Gitura Kamau has been nominated as the Best Actor in the Coast Film Festival 2020 for his role in the film Family Meeting. He is also starring in Coachez—a Jiongoze Project short film that premiered online on August 7, 2020. In the film, he plays Adam, a mentor and boxing coach who’s struggling to shield his protégés from the reach of an extremist recruiter. He intimates that the industry has been hit hard by the Covid-19 crisis as their work and projects have greatly diminished.

“Filmmaking is a contact profession. It’s also a craft that’s not regarded as essential and is seen largely as a means of entertainment.

Many filmmakers are now doing alternative projects to have ends meet. Personally I have taken this time to write and research on film.

I have written and filmed a short film on Covid-19 titled Only You that will be released soon,” says Gitura.

Muscat Sayye features in comedy TV show Nyanya Rukia. He’s also an event emcee. Over the period, he says, he has incurred just too many losses.

“We had three events planned for April and were forced to cancel them abruptly. I incurred heavy losses because we had already paid suppliers.

At first it was a shocker, but as the reality sunk, I accepted it as the new normal. I revived my online creative writing and that’s what has been keeping me going.

I have been engrossed in an online portal called Swahili Route. It highlights the history, heritage and culture of the Swahili community.

This is the baby that came with Covid-19. The industry is fairing on well, but there is a lot to be done in terms of reviving it to where we left before the pandemic struck.

A lot of actors are jobless because shoots are scarce,” says Muscat.

Kikwetu Productions managing director Kang’ethe Mungai shares that film production was affected in a major way, with almost all operations rendered impossible by the pandemic.

Filming, he says, requires teamwork and up-close interactions. In his observation, the industry is currently crippled and it needs some sort of intervention, especially from the government.

“As a company, we’ve had to lay down crew and cast and also scale down on our operations.

We are also trying the production of content that is online distributed. My projections post-Covid is that the industry will have to start over from scratch as it will be difficult to pick up from where we left,” he says.

Tonight, his company will premiere its first movie of the year called Uradi at the Galleria Drive-Inn Cinema in Nairobi, with subsequent screenings on Saturday and Sunday at the same venue.

No walk in the park for visually impaired artistes 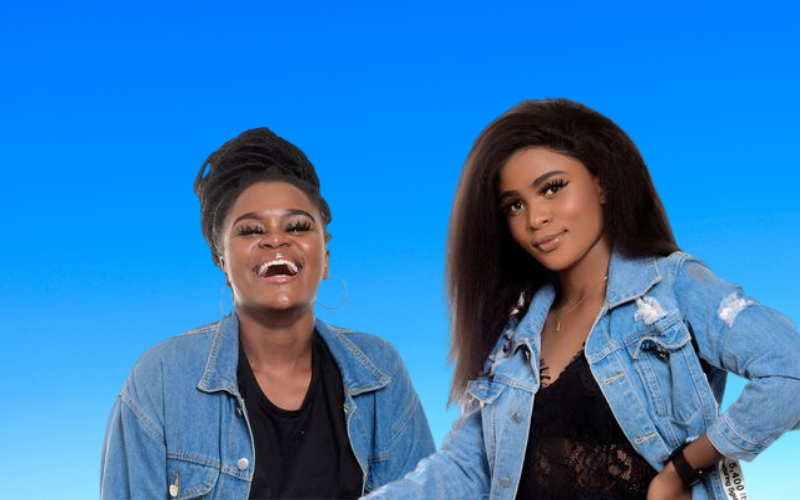