Millennial creatives, just like any people from other economic sectors, also struggle with psychological stresses. And as the Mental Health Awareness Month comes to an end, some of them talk to Jackson Onyango on how they deal with mental health and ways devised to stay sane.

Creatives can be notorious for being overly obsessed with their crafts. From odd studio session hours for artistes, inspiration creeping in at peculiar moments for script-writers, or even sleep deprivation for the longest of periods for a sports coach, the strive towards a goal without a guarantee of the knowledge of whether their efforts will reap can be risky, and mentally taxing.

The risk of time futility, or the energy consumption that could be applied elsewhere can be a devastating loss if it fails to lean towards the direction of a positive result.

In worse case scenarios, the can of worms in the shape of stress, anxiety, imposter syndrome, post traumatic stress disorder and a bag of mental illnesses can be easily opened, if creatives, especially young, unprepared and non-exposed creatives are caught lacking.

The value of keeping in check ones mental health is becoming a more and more critical and emerging issue to instill in individuals at a young age, so that their vulnerability is not taken advantage of early.

The idea of discussing beyond superficial and basic issues in families is being embraced, something social media influencer Elodie Zone— who has been at the backend of the cyberspace users’ wrath— knows too well.

“My family and I take mental health very seriously. Things such as therapy, counselling, and the need for a ‘down-time’ are normal.

My family knew about my struggle with depression way before I began openly talking about it and becoming a mental health advocate.

Nothing is ‘taboo to discuss’ in my family. We value having open conversations and honesty over everything; after all, that’s what family is for,” she tells Spice.

Families and a strong supportive system have helped many stand up to day-to-day challenges, eventually overcoming them.

On previous occasions, matters relating to the wellbeing of people would be under-looked. In many instances, people only paid to a person’s physical well-being, and often would sideline what transpires in the mind.

This state of things would almost always culminate into suicide and isolation-related illnesses such as depression.

Depression, especially, has been sugar-coated with lenient lingo such as sunken place, kichochoro, mahali pabaya, or whatever, in an attempt to downplay the severity, but the condition is a real darkside artistes contend with daily.

“It’s not easy being happy; it’s an active decision between you and God. It’s easier to fall into sadness and depression than it is to smile and wave,” says rapper Tunji, who broke out in the music scenes with the hit Mat Za Ronga.

The neglect or failure to check up on one another time to time amidst the busy capitalistic lives, is having a toll on many creative members of the society, as they feel unwanted or unappreciated, albeit their social media posts showing otherwise.

Depression is turning into a norm today, especially among youth, and this needs to drastically stop, according to Elodie.

Creatives such as designer Mwaki Kanyoko and musician Jason Kalinga, are some of many others reported to have died “under unclear circumstances”, barely before turning 30 years old.

The two were known to have given up too early on life, yet posting the gleeful of selfies and lifestyles on their social media pages.

Elodie adds that social media has come with inevitable pressure to look or act a certain way.

This new age phenomenon sticks in the mind the young creative, who— as they go about their business— fear getting stigmatised for venting or admitting their innermost troubles to a mass forum.

Social media has thus been branded ‘a happy place’, where only happiness and success lives. Sad.

Besides that, the high rate of cyber bullying that creatives such as comedian Mulumwah and singer Nadia Mukami experienced recently is petrifying.

How social media users parade glamorous and flashy lifestyles and a whole load of other ‘perfections’ can take a toll on the mental health of some who begin to feel like failures in the face of the world.

Online sensation Chebet Ronoh’s post about body positivity highlights of the caution individuals and not just celebrities, have to undergo before sharing content with the online world.

“Really hesitated before posting this thinking ‘can’t wait for people to talk and make a big deal of this’, but this whole pandemic has made me a whole different person,” she posted on her socials, as part of a long caption that suggested many have shamed her for being “too big” for a girl her age.

She said at some point, she literally contemplated being transgender.

“At the end of the day, you are 100 per cent in charge of what you internalise. So, make a conscious effort to focus on the positive.

If it gets too much, take a break. I usually take a one-month break after every three to four months and I normally come back feeling mentally refreshed and more focused on work,” says Elodie, with rapper Boutross adding, “Don’t let one or two negative opinions overweigh the hundreds of positive ones you get.”

Decompressing becomes a huge part of life when living in this age. With a creative’s minds constantly on the overdrive, it is important to take time to ventilate one’s thoughts according to deejay, artiste, producer-cum-computer programmer Jack Rooster.

“Being a creative can definitely take its toll on one’s mental health. I have had moments of despair and depression, wondering if the moves I am making are the right ones.

You see, the arts are very subjective. Unlike a typical ‘9 to 5’ job where the rewards come every month with annual bonuses to boot and what nots, the creative industry can have you toiling for even 10 years before one begins to enjoy the material benefits that come with it,” Jack tells Spice.

He further advocates for having a deeper purpose than money and other material things, as well as recapping on his methodology of dealing with the industry hardships.

“That’s why I say don’t do it for the money because you will need a lot more than that to keep you going during the tough times.

I always make a point to do a meditation walk in nature at least once a week where I can commune with the divine and allow inspiration to flow.

These moments also help me get back into focus and re-energise myself for the week ahead,” says Rooster.

For Boutross, he takes “my introverted self out” for long walks while listening to music, which he says it eases him up from the mental pressures.

Elodie Zone, advocates for mental health via her ‘Mental Mondays’ platform on Instagram where she connects with her audience to discuss matters mental health.

She says her experiences have influenced her to take deeper measures in the way she carries herself mentally, and how she nurtures that to fit functionally in today’s society.

“The first is having a routine and being organised. All successful people that live a balanced life follow those two rules.

The second is taking 30-60 minutes to yourself daily. No phone, no engagement with other people, no music, or any kind of distraction even if it means waking up earlier or sleeping a little later,” she says.

Elodie adds that she has found inner peace through yoga, meditation and prayer, as well as just putting her phone and electronics down for certain periods to recalibrate and recharge.

Since the mental health awareness month has happened in the height of a historic pandemic period in world history, millennial creatives are taking advantage of the physical distancing and isolation period to conjure themselves up and polish up mentally.

“I personally believe being in isolation creates a sense of self-betterment, in the fact that you’re constantly living in somewhat of a loop.

This makes you think of new innovative ways to push your art, experiment with new material and definitely helps you immerse yourself in your work.

Given the time we’ve had to spend indoors, it’s a great opportunity to look at the silver lining and self reflect, as well as centre oneself,” says visual artist Patti Endo.

Meru: A lesbian couple arrested while making love in front of the children 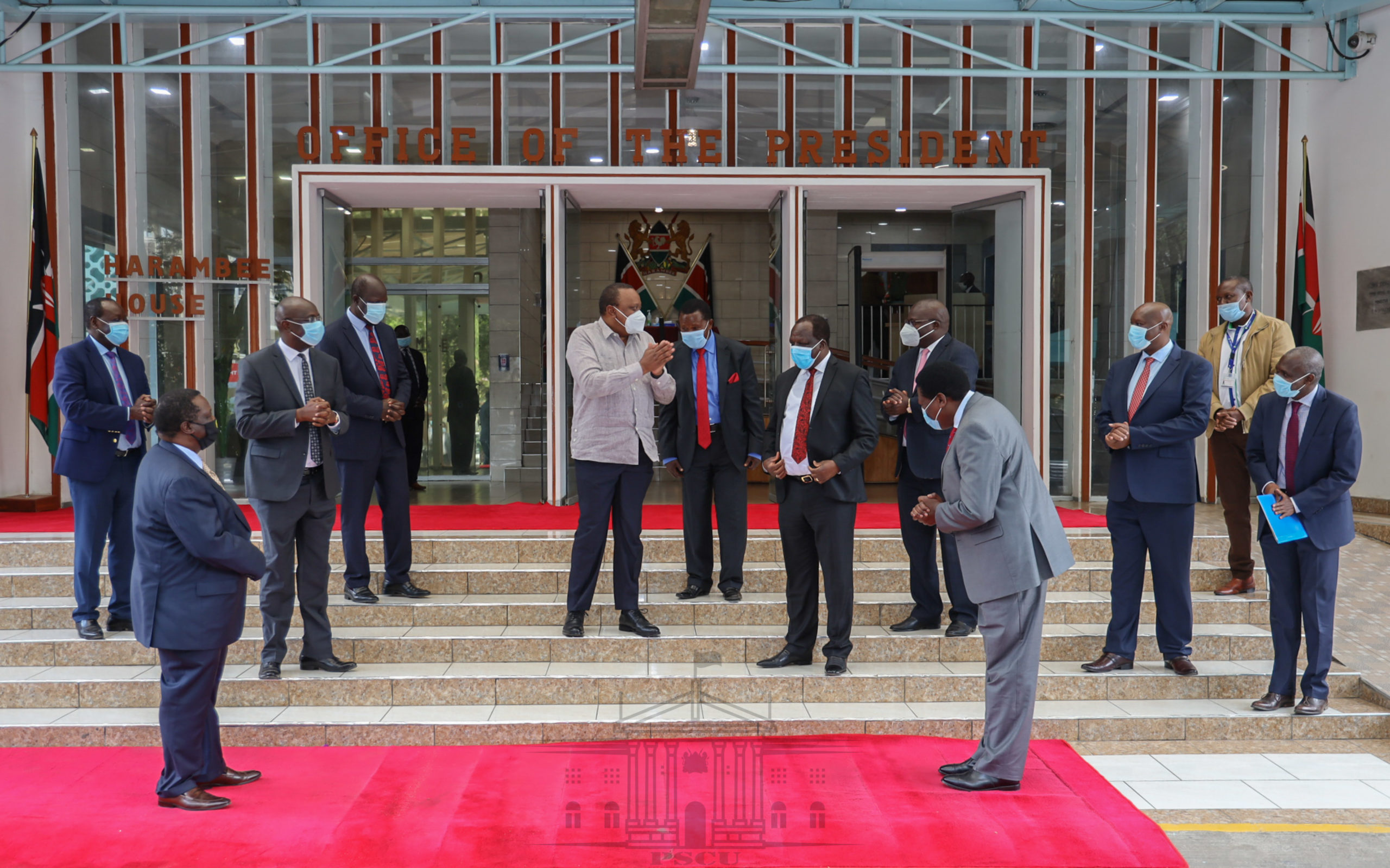 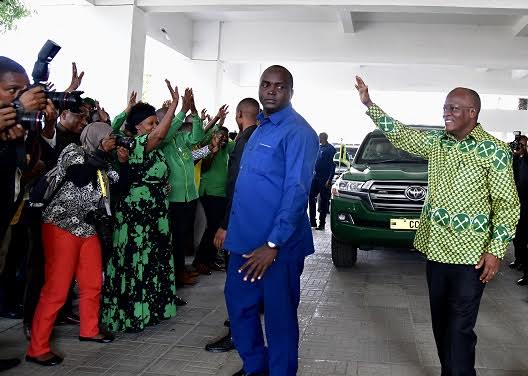