There’s a reason Michael Jackson continues to amass accolades, 11 years since his demise. He’s still regarded one of the greatest performers of all time. He put thought into his outfits, dancers and the voice. Not much can be said for some of our local artistes, who always put in almost no effort before hitting the stages for a live show. However, we have others that give value to the fan’s money, writes the SPICE TEAM

Performing on stage is not one of Ben Cyco’s strengths. The former Christ Cycos member is great on camera with his great charm and wit as evident from the videos he does with his girlfriend YouTuber Wanjiru Njiru. But he can definitely do better when on live performance.

Spice observed that his songs get the audience up on their feet but that’s as far as it goes.

The nudge to dance and sing along shimmers down as his performances carries on.

In the same breath, the so-called breed of new wave music gengetone has let us down a great deal.

Not only did the Ochungulo Family show up on stage dressed in pajamas and mismatched and uncoordinated outfits during the last Koroga Festival, but spectacularly failed to impress the already hyped and intoxicated crowd in Naivasha.

It is not the first time gengetone artistes have ridden on their hype and views on social media and YouTube.

Artistry goes beyond that. It will not come as a surprise if this wave fails to survive the test of time. Ethic, Boondocks Gang and Sailors have nothing to be desired.

Cutting edge lazy performance is not worth the while of revellers who have spent money to get entertained.

Kenyan dancehall ragga artiste Swabri Mohammed aka Redsan has been in the music business for close to two decades now.

However, his presence on stage over the years has been quite wanting, to say the least. His performances are marked with some rather obvious routine.

On stage, he will teach the audience a few dance styles that had been witnessed in all his previous concerts and worse he has zero connection with the crowd.

His Baddest album launch in 2018 at the Carnivore Grounds was a perfect example.

The trio that consists of Madtraxx, Mejja and Kidkora (although he has been missing in action) has tried to remain relevant in the game with their sudden transition into the gengetone wave.

That aside, their music recording strengths have never manifested in the concerts.

One may be drawn to the curvy vixens that they present on their videos and on live stage, but their individual or group live performance abilities are nothing to be desired.

Also, there is a lot of dance competition during their performances. “Ameweza ama tuchague mwingine?...” is a familiar phrase in their shows.

The young talent has made a name for himself in the music industry since releasing his first single Siku Ya Kwanza in 2013.

But even with all the talent, Bahati has been hugely criticised for his underperformance on stage as many have termed him as being boring and mostly depending on his dancers to entertain the crowd.

The four-time Groove Awards winner mostly performs on playback and asks his fans to sing along with him.

This is not a bad thing, but as we all know, too much of something is poisonous.

Many fans go home disappointed after ending up being the ones that have had to do most of the singing.

Two decades ago, Nazizi self-proclaimed herself the ‘First Lady’ of Kenyan rap music and spent the earlier years of her music career trailblazing the region.

From the days of the famed Necessary Noize and the East African Bashment Crew, she ruled the roost until the then newbies of the industry such as STL emerged, then she waned into the corners.

When she came back into the scene, she had tilted into reggae scene, which worsened the situation. Her presence on stage no longer sparks the fire she used to light.

Despite being the king of benga in the lower eastern region, the Fundamentals hitmaker has never elicited a pint of excitement amongst his adoring fans when in live performance.

Most of the time during his live shows, Ken will pace across the stage hundreds of times with little performance from him to arouse the audience, leaving much of the entertainment to his waist gyrating dancers.

The Kenyan boy has endeared many Kenyan music lovers with his emergence as the crown prince of SwaR&B.

Tedd Josiah chiseled his career before the two unceremoniously parted ways. Although he is in safe hands now while working with Dream Nation, his level of performances has grown but not to people’s expectation.

For someone who has been touted to compete at the levels of Diamond Platnumz, there is still a long way to go for the Ipepete hit singer.

Singer Avril has been in music for about 10 years now, with songs such as Mama, Kitu Kimoja and Yule, among others.

Although music critics have negatively criticised her lyrics from time to time, there has been little or no improvement over the years.

Her stage performances are also among those that would fall below the average bracket.

The only times we have seen her do live performances with a band is at the Coke Studio Africa TV show; all her concert performances are always on playback.

Avril also puts little or no effort in dressing up for her shows, its almost like she is not sure of what it entails to be on stage.

Mukami’s stage presence can be felt, but only because she knows how to dress up for it. However, her entertainment delivery lacks.

Maybe live bands are not necessary for her short five-minute performances, but we need to hear her sing louder and clearer rather than the music playing in the background.

She also needs to have more dancers during her performances, just to add to the fun to her stage performance. 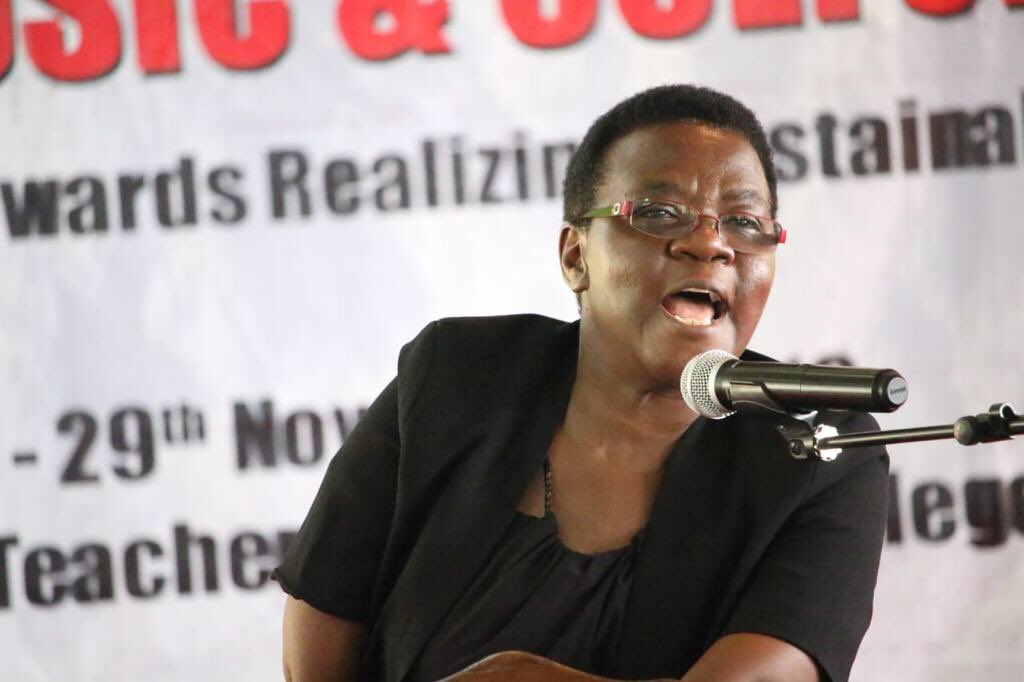 Creatives open to submit proposals for the Sh100m govt’ kitty 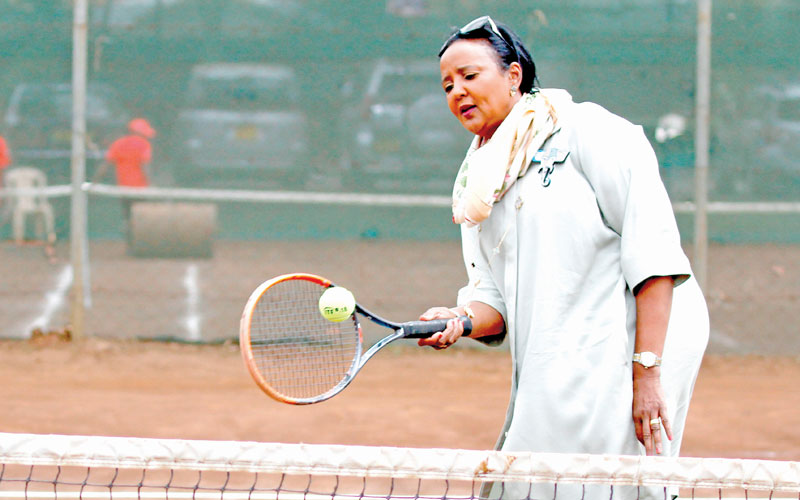 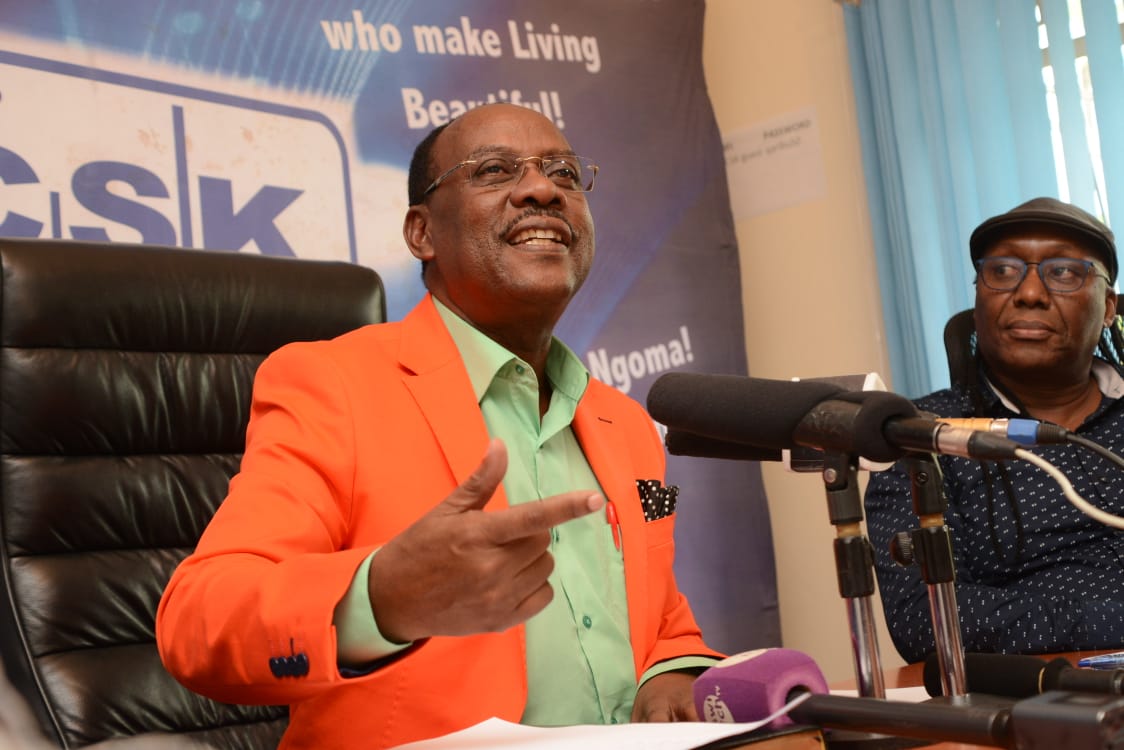