Del Monte Kenya Limited (DMKL) has launched its first ever breastfeeding centre in support of nursing mothers working at the vast firm.

The facility which is equipped with adequate equipment suitable for expressing milk, including hand washing equipment, appropriate cooling facilities, electrical outlets for breast pumps, tables, and comfortable seats is expected to benefit the over 2,000 women who work at the food processing company.

Speaking during the launch of the centre at the company’s headquarters, Joseph Mbai, the Chief Executive Committee member in charge of health in Murang’a County underlined that six-months exclusive breastfeeding reduces disease burden.

“Well breastfed children are able to grow in a disease free environment as they are able to attack illnesses through their well-established immunity,” said Mbai.

His sentiments were shared by Gloria Ndekei, the trustee and advisor of the Kenya Private Sector Alliance who insisted that such centres will help in taking care of the well-being of both lactating mothers and their children.

Ndekei decried that most institutions are yet to adhere to the Health Act that spells out a fine of up to Sh1 million to employers and commercial building owners for failure to allocate breastfeeding spaces.

She said that while the law gives infants a two-year protection, establishment of such centres will further increase productivity of the young mothers.

“This should be emulated by all companies as it means improved productivity of young mothers. These mothers will be more loyal as they feel that the company is taking care of them,” said Ndekei.

Mr. Stergios Gkaliamoutsas, DMKL Managing Director noted that the development was part of the company’s empowerment of its female employees whose right to breastfeed should be given as per the recommendations given by the World Health Organization (WHO).

“The World Health Organization (WHO) recommends that children feed exclusively on breast milk for thefirst six months of their lives, so for us at Del Monte Kenya it is important to empower our female employees to claim their right to breastfeed,” he said during the launch yesterday.

He said the facility will be accommodating at least 20 breastfeeding mothers at a go in a company that is already hosting 63 lactating mothers and 40 pregnant staff.

Beneficiaries of the new development, he said, will be equipped with key skills of best breastfeeding practices to enhance proper utilization of the facility.

“We believe that this training will notonly enhance proper utilization of this facility, but also increase productivity at the workplace,” added Mr. Gkaliamoutsas.

As the facility picks momentum, Gkaliamoutsas announced plans by the company to establish a nursery where lactating mothers will be taking care of their children as they also offer normal company services.

The new initiative adds to the recently launched women's health and Empowerment initiative by Del Monte in collaboration with the United Nations Foundation (UNF) and which will see the lives of more than 10,000 women including its employees and the community empowered in various health capacities.

Among others, the women program will see provision of health services and information on reproductive health cancers, contraceptives, sexually transmitted infections and menstrual health by 2024.

While breast milk provides all the nutrients an infant needs, some situations call for formula 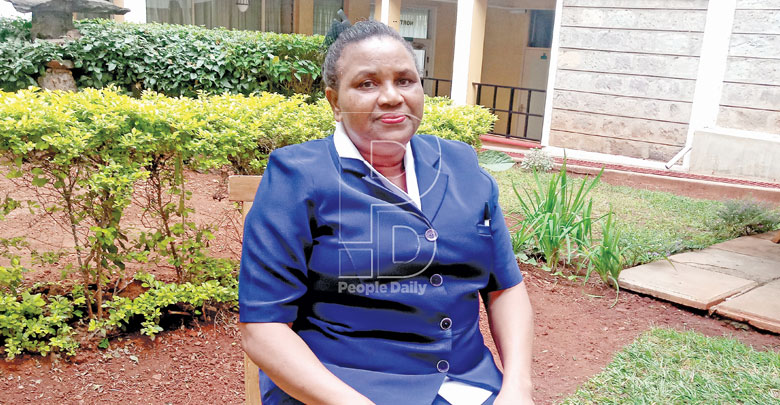 Our long, painful experience with fibroids

Ten organs you can live without