Moi Teaching and Referral Hospital (MTRH) will host the largest government-commissioned medical oxygen production plant in the wake of rising demand for the commodity as coronavirus cases surge.

The pressure swing adsorption (PSA) facility, with a generation capacity of 2,000 litres of oxygen per minute, is the biggest hospital-based oxygen generating plant in East and Central Africa.

“We are putting in place critical healthcare intervention for patients in need of supplementary oxygen. On average, MTRH has 1,200 inpatients on a given day, 10-12.5 per cent of whom require oxygen support,” said Kagwe.

The CS observed that oxygen from the plant will be piped to the various service points within the hospital premises adding that the plant also has a booster that will enable neighbouring health facilities to refill their cylinders and have back up oxygen supplies.

He added that the on site oxygen generation has become a preferred option worldwide as countries witness unprecedented rise in demand saying Kenya has approximately 700 people per day under oxygen.

“More lives could have been lost had they not had enough oxygen, all hospitals whether level 3, 4,5 should at least have an oxygen plant. I call upon the county governments that are yet to set up piped oxygen to do so as soon as possible so that we can operate more efficiently,” he added.

MTRH’s Chief Executive Dr. Wilson Aruasa said the installation of the plant was informed by several factors including the amount of oxygen needed at the hospital, available infrastructure, the cost, and the capacity and supply chain for local medical gas.

“We needed to make the best choice that would benefit our people for the long haul,” said Dr Aruasa.

While visiting Trans Nzoia County, Kagwe launched a specialised eye unit at the Kitale Referral Hospital, a programme by the Ministry in collaboration with Operation EyeSight Universal (OEU).

Alarm over low uptake of Covid jabs by elderly 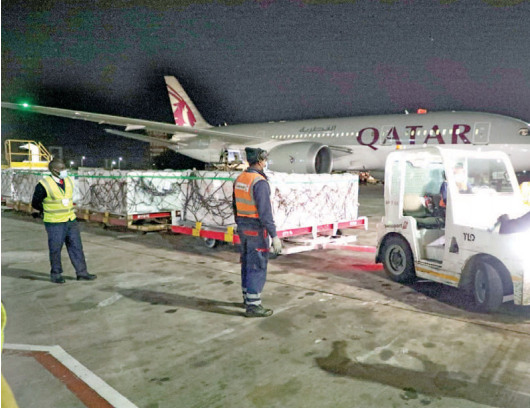