On a sunny morning several months ago at a hospital in Sori, Migori county, 15 or so mothers sat on wooden benches with babies in their arms.

One of them was Beatrice Ologi. Swaddling her daughter in a blue-and-white kitenge cloth, she pensively waited for her daughter’s turn to receive the malaria jab.

Beatrice’s baby, now two years old, eventually received the vaccine against one of the deadliest diseases in the world. The prick on her daughter’s arm was worth the pain, Beatrice offers.

She had chanced upon the process when she took her baby for her normal routine clinic visits and is optimistic the vaccine will have positive effects.

“I was very happy. I knew my child will not get malaria again,” says Beatrice who knew nothing about the vaccine until she visited the hospital in Sori town.

It can keep children out of school, adults bedridden for weeks, and leave families with crippling medical costs. It can also be fatal.

The World Malaria Report 2020, found that over the last four years, progress in reducing malaria has hit a plateau. In 2019, there were an estimated 229 million malaria cases and 400,000 deaths from the disease, over 90 per cent of which occur in Africa, with more than 265,000 deaths in young children.

In Kenya, malaria is a top killer of children under five years. There are an estimated 3.5 million new clinical cases and 10,700 deaths each year, and those living in western Kenya have an especially high risk of malaria-according to US Centre for Disease Control.

Health experts lauded the phased introduction of the RTS,S malaria vaccine in selected eight counties two years ago as an ‘exciting new tool in the global fight against the disease’.

Some sub-counties introduced the vaccine into their immunisation schedule, and others were expected to do so later.

The vaccine, the first to give partial protection to children, trains the immune system to attack the malaria parasite, which is spread by mosquitoes.

Beatrice notes that even after the vaccination, “my daughter still gets attacked by the parasite.

Even if she gets malaria it isn’t as bad,” she says. The vaccine can prevent four out of 10 malaria infections and prevent severe malaria by more than 30 per cent .

The RTS,S is a four-schedule vaccine, given at six months, seven months, nine months and the last at 24 months. It was rolled out in Kenya, Malawi and Ghana.

According to child vaccination figures based on National Immunisation Programme administrative reporting from the three countries, more than 1.7 million doses have been administered, benefiting more than 650,000 children with additional malaria protection.

In Kenya, more than 450,000 doses of the vaccine will have been administered, with more than 190,000 children having received the first dose by the end of April, according to National Vaccines and Immunisation Programme.

Dr Bernhards Ogutu, the chief research officer at the Kenya Medical Research Institute (Kemri) says the vaccine is a vital tool for prevention, “but we will have to analyse data from the piloting counties, to quantify its impact.”

In the whole of Migori county, the vaccine is available in Sori and Awendo towns.

For Beatrice, who stays in Migori town, it is cumbersome to access the services.

“It is very expensive to travel to Sori from Migori. I use about Sh800 to and from the lake side town for the vaccination,” she explains.

“We urge the government to increase the number of facilities offering malaria vaccination. We are really suffering.”

Lieutenant Colonel (Rtd) Joseph Nyamita,Migori County Health CEC notes that malaria vaccination is being implemented in two out of eight sub-counties across the county.

He adds that the impact of the programme, “cannot be realised at this early stage, but if research is carried out at household and facility levels after four to five years.

Most parents may be mistaken that the vaccine is a silver bullet to eradicating the disease. But it is not. Researchers say cheaper measures such as preventive, diagnostic, and treatment measures are still useful.

On the flip side, clinical trials study of the RTS,S vaccine in 2014 sponsored by GSK Biologicals South Africa and PATH Malaria Vaccine Initiative, showed decreased malaria cases by 39 per cent and severe cases by 29 per cent.

In contrast, vaccines for most other diseases are over 85 to 95 per cent effective.

It is even less effective if children don’t receive all four doses, which can be a challenge for many parents such as Beatrice.

In the same county, many parents interviewed said they did not know of the existence of malaria vaccination programme, indicating a gap in civic edcation.

“I was perplexed to hear there is a malaria vaccine for children. He is now nine months old, but has not received the jab.

The government needed to create awareness. Very few people know about it,” says John Malea Odondi, a resident of Suna in Migori County.

Nyamita says robust malaria vaccination civic education was carried out in the two sub-counties of Nyatike, where Suri is located, and Awendo that are implementing the vaccine pilot.

He further adds that the county is still continuing with other interventions including, long lasting insecticide-treated nets, intermittent preventive treatment of malaria in pregnant women, and indoor residual spraying.

“We are continuing with distribution of one net for every two people for a population of 1.1million in the entire county.

We are also conducting registering of households that started in  March this year in  readiness for net distribution,”said Nyamita.

Despite unprecedented challenges caused by the pandemic, counties and their partners across Kenya have sustained planned malaria efforts.

However, in  April last year, the World Health Organisation (WHO) warned that if malaria prevention efforts were disrupted by the pandemic, up to 769,000 people could die of the disease.

Dr Ogutu advises the population in malaria endemic zones to continue adhering to guidelines on malaria prevention, noting that cases will likely increase as most endemic regions welcome the long rainy season.

“I urge citizens in these regions to make use of treated bed nets, get tested for malaria symptoms and not just take drugs.

Now with the long rains, people should clear bushes, stagnant water that are breeding grounds for malaria spreading mosquitoes,” explains Dr Ogutu who is also senior clinical trialist with the Malaria Clinical Trial Alliance of the INDEPTH-Network.

Over the past 20 years global anti-malaria initiatives prevented more than 663 million cases, saved 6.8 million lives, and reduced healthcare costs by nearly a billion dollars in sub-Saharan Africa alone-according to the WHO.

These was achieved as a result of insecticide spraying, bed nets, and anti-malarial drugs.

“We need to rethink on what happens from now on in malaria management in Africa,” said Dr Pedro L Alonso, director of the WHO Global Malaria Programme.

Dr Alonso further called for the inclusion of the vaccine in toolkits used in the fight against the killer disease if the world is to get back on course in progress.

Against the backdrop of the pandemic,  Dr Rajesh Panjabi, the US Global Malaria Coordinator, says there is need to prevent reversal of gains by keeping malaria services safe, resilient and effective.

“To end malaria faster, we must reach the unreached with interventions, transform the quality of community health systems,” noted the doctor during a Malaria Policy Advisory Group webinar.

Worst of Covid yet to come, Kemri now warns Kenyans

Masks here to stay even with vaccine, medics say 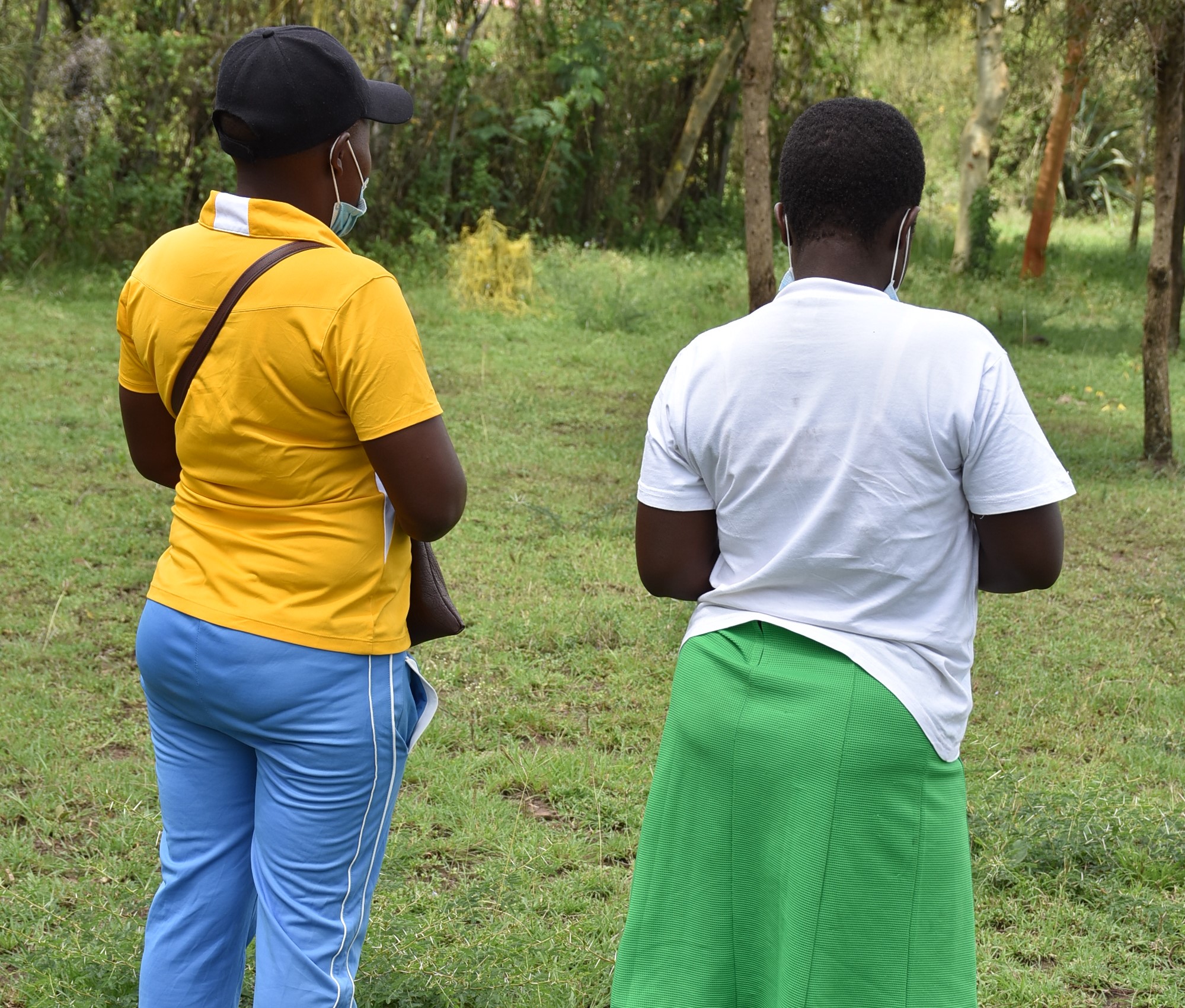