Juliet Mapenzi is only 19, but she is already a mother of two, with just six months between the siblings.

Worst still, the teenager in the remote Kalongoni village of Garashi area, Malindi constituency, is expecting her third born in a few months.

Raised by her mother after her parents separated, Mapenzi recalls how disco matangas  (night partying at either funerals or weddings) plunged her into the irrevocable journey of motherhood at just 13.

For the teenager, life has been harsh. Extreme financial constraints saw her drop out of school at Class Four.

“Normally in disco matangas, people have different urges and needs. Some attend to party and unwind or do away with stress. Others attend them to fulfill the intended traditional purpose, either to mourn with the bereaved in funerals or to celebrate in weddings.

And some are there to connect with partners. For my case, I had myriad problems and I felt by going there I could get a serious man to help me shoulder the burden. Little did I know I was inviting more problems,” she says.

She met a fellow teen who convinced her that once she accepts him as a friend, all her “problems would be solved.”

They got into a relationship, which resulted in pregnancy and eventually early marriage.

“He promised to help me forget all my problems and I believed him. I was younger then and could believe everything,” recalls the mother of three, who  now regrets the unending challenges in her early marriage and warns girls of her age to ‘exercise caution.’

“Unfortunately my husband is just like me: he is a teenager without a job who relies on his parents.

For sure, I live in misery, actually there is no discernible difference between me and a poor widow or poor single mother. Life is very difficult for me,” she says.

For Sheila Chepkoech, 17, who sat for her 2019 Kenya Certificate of Secondary Education at Kapkeben Secondary School in Uasin Gishu, balancing between the exam schedule and motherhood did not dim her liveliness.

She is grateful for the seven-month-old bundle of joy in the hands, even when he was unplanned.

She acknowledges no one offered tips to avoid the unintended pregnancy. “I never heard of protection measures since childhood. Now I know better. I use an implant. I have no regret.  My baby is fine.

I turned down lots of pleas to abort,” she says.  Any other information she received was from peers, usually vague and riddled with miscommunication.

Fortunately for Chepkoech, her father, Philip Barno, was not part of the community members who discriminated against her.

“I chose to support her to continue with education after I realised where we had gone wrong,” he says, indicating that they were hostile to her after she informed them of the pregnancy.

These two are part of statistics that demographers and health experts describe as alarming, something they blame on negative cultural norms, poverty levels and little knowledge.

The World Health Organisation places teen pregnancy as one of the major contributors to maternal and child mortality and to intergenerational cycles of ill-health and poverty.

Complications arising from pregnancy and childbirth are leading causes of death of teenagers aged 15-19, who face higher risks of eclampsia, puerperal (postpartum) endometritis, and systemic infections. They also have high emotional, psychological and social needs compared to older women.

In terms of childbearing, adolescent girls face more risks including babies born with low birthweight, preterm delivery, and severe neonatal conditions. In Mapenzi’s case of rapid repeat pregnancy, the risk for both mother and child were exacerbated.

“Teenage pregnancy is jeopardising the future of adolescents in Uasin Gishu. This has a disastrous outcome in future for them, and parents need to be engaged and offer the right information,” says Wanjohi.

Among communities in the North Rift, gender is defined by culture. “Grand parents used to open up. But the system has collapsed. Sex is not discussed between young people and the elderly or if it is discussed, it is usually in hushed tones,” explains John Anampiu, the National Council for Population and Development (NCPD) North Rift Regional Coordinator.

Help on the way

Such background has forced various individuals and organisations to establish projects not only to prevent teen pregnancies but also help adolescent mothers earn a living.

Mapenzi is among 180 teenage mothers currently benefitting from an empowerment programme by Action Aid, an international Organisation supporting vulnerable communities in Kilifi.

The Resource and Protection Centre at Marafa seeks to help young mothers acquire vocational skills to enable them support themselves and their babies.

“The history of Kilifi for the longest time has been revolving around girls dropping out of schools because of teenage pregnancy.

So we partnered with the community, especially local women network and came up with a solution which involved building the capacity of the girls and their confidence…in the long run we ensured they get some skills and empower them economically to utilise the skills they have gotten,”  says Action Aid team leader in the area Jane Kigen.

They target young mothers whose future appeared to have been dimmed by early pregnancies and subsequent dropping out of school.

“We realised that some of them were very bright but couldn’t proceed with school and apparently they were being left to rot at home in abusive marriages. This project gave them a second chance,” she adds. 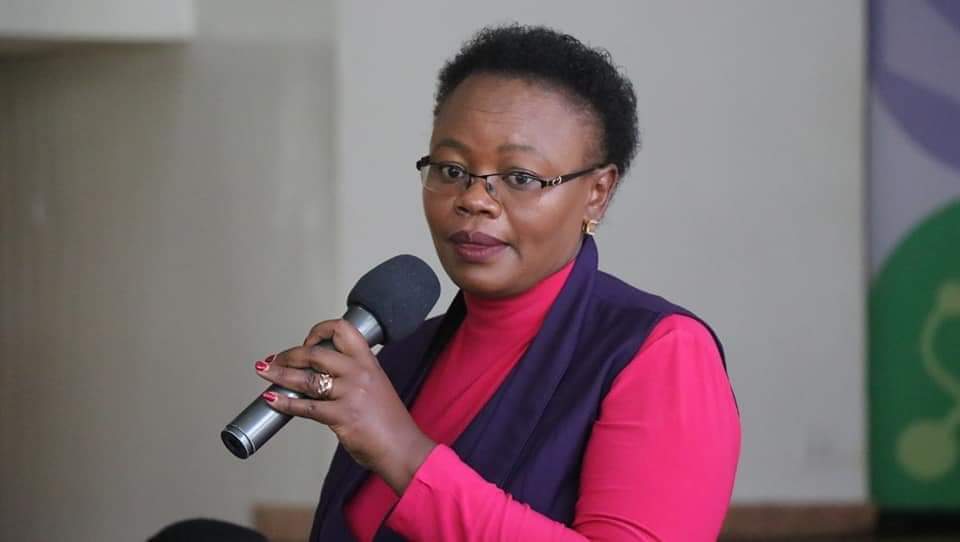 Teen pregnancies an indictment on society

Trachoma, too, is feeling the invisible impact of Covid crisis