Anxiety hits UDA in Nyandarua over concerns about party leadership

Moses Kiarie aka Badilisha, who like Gitau, is seeking the party’s ticket to vie for the governor’s seat claimed aspirants fear the UDA nominations might not be fair if she continues to control party structures in the county.

But Gitau hit back, terming Kiarie, who joined UDA from Chama Cha Kazi (CCK) recently, as trouble maker. She said Kiarie was a trouble maker in Jubilee in 2017 when he also vied for Nyandarua governor’s seat.

“UDA headquarters knows about him since several people have complained. But the party in Nyandarua is intact despite the noise from people like Kiarie. “Kiarie found us in peace.

He should stop dictating things because he is not a super aspirant. It can’t happen and it will not happen,” Gitau said.

She said the patronage clout her wouldbe opponents in the party think she enjoys in the county will not give her advantage over other contestants during the UDA primaries.

“I earned the patronage authority after I delivered the Rurii (MCA by-election) seat thus making Nyandarua the first county in Mt Kenya to have a UDA seat,” Gitau said. 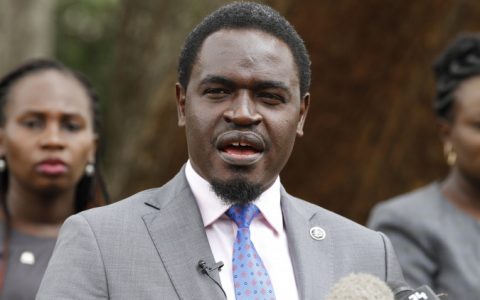