Babu Owino suspended from parliament for 5 days over disorderly conduct

In a communication made in Parliament on Tuesday, May 10, 2022, the speaker directed the Sergeant-at-Arms to restrict the ODM lawmaker from accessing Parliament or attending committee meetings.

“Due to the gross disorder that arose in this House thereafter, I deferred my Ruling on the Member’s conduct to today. In this regard, I hereby order the Member for Embakasi East, Hon. Babu Owino, to withdraw from the Chamber and from the precincts of the National Assembly for five days, inclusive of today, on account of gross disorderly conduct pursuant to Standing Order 107A (Gross disorderly conduct)” the communication read.

“Honourable Members, The Sergeant-at-Arms is to enforce this order immediately and if the Member is not present in the Chamber, the Member shall not be allowed access to the precincts of Parliament or attendance to any Committee meeting or parliamentary function during the five days” Muturi's order read further.

Before the House was adjourned for three weeks, the controversial Embakasi East MP caused a fracas after he refused to withdraw from the chambers in total defiance of Muturi's orders.

The Speaker claimed that the lawmaker had uttered an unparliamentary word in an altercation that ensued as Wajir Woman Representative Fatuma Gedi was tabling evidence accusing DP William Ruto of being a land grabber. 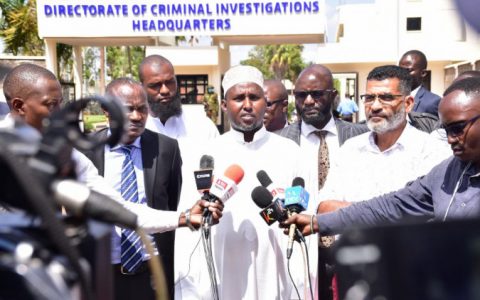 Drama in Parliament as MP Sankok carries his crutches while speaking, begs for protection from Babu Owino

‘If I vie for the presidency, I can defeat Ruto’ – Babu Owino