A spot check by Taifa Leo shows that Mudavadi wrote to the Registrar of Political Parties in October last year to preserve it for his use.

According to the local daily, it is after the preservation of the political outfit that other OKA principals including Kalonzo Musyoka (Wiper), Gideon Moi (KANU) and Moses Wetangula started having trust issues with the ANC.

At the time, the name 'One Kenya Alliance' was preserved under Wiper leader Kalonzo Musyoka's name.

Mudavadi who on Sunday, January 23, announced that he will work with Deputy President William Ruto is now expected to use Kenya Kwanza as the name of a coalition they will use in the August elections.

Ruto said that the coalition will be the vehicle they will use to steer their presidential bid as well as the implementation of their agenda if they form the next government.

"Kenya Kwanza is a coalition whose main agenda is to guard the constitution and not to benefit a few individuals. I want to tell you that we have joined hands with Ford Kenya and ANC because we have a good plan for this country," Ruto said.

"Our unity with other party has been informed by the idea that we must come together to improve our country's economy," he added.

Though Ruto said that they will work under the Kenya Kwanza umbrella as they head to the elections, Registrar of Political Parties Ann Nderitu told Taifa Leo that they are yet to formally register the name.

Nderitu said that though Mudavadi had asked for the name to be preserved, the name is yet to be formally registered as a political coalition.

"At the moment, there is no coalition that has formally been registered. What the leaders have done is sending requests for the preservation of various coalitions," Nderitu told Taifa Leo in an interview. 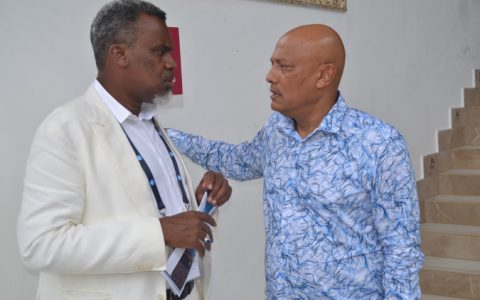