One Kenya Alliance co-principal Kalonzo Musyoka has said that the process of identifying and choosing their preferred flag bearer ahead of the August general elections is at an advanced stage.

In a press briefing, Kalonzo who was accompanied by fellow OKA principals insisted the coalition is intact and united ahead of the upcoming polls.

"We are on course. We are together and we are united. The process to identify the OKA flag bearer is at an advanced stage," Kalonzo said.

"OKA is united and intact. I urge fellow Kenyans to exercise patience and sobriety. Matters of the leadership of this country are closest to my heart. I cannot allow myself and my political associates to gamble with the lives of Kenyans," Mudavadi said.

Mudavadi also denied claims that he had a secret meeting with Deputy President William Ruto.

Also speaking at the presser, Former Lugari Member of Parliament (MP) Cyrus Jirongo said that the principals will soon proceed for a retreat in a bid to ascertain who among them will fly the presidential flag.

The press briefing comes after details emerged that cracks were widening within OKA over plans to work with either ODM boss Raila Odinga or Deputy President William Ruto. 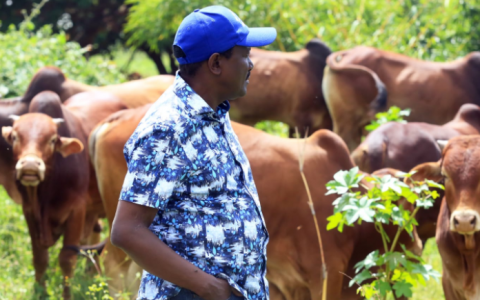 Kalonzo takes time off, goes to his Tseikuru home for reflection

Raila, Uhuru in frantic talks to rope in Kalonzo

Gideon, Salat differences play out as both attend different functions