Speaking in Nanyuki ahead of today’s United Democratic Alliance (UDA) primaries, Waruguru (right) dared Ndaragwa MP Jeremiah Kioni to impeach Muturi, noting that the move could be a blow to Jubilee.

“I want to tell Jubilee MPs led by Kioni that his plans of impeaching the Speaker will fail,” she said, adding: “We elected Justin Muturi as the Speaker and we shall safeguard him,” she said.  The Woman Rep, who is seeking the Laikipia East parliamentary seat, decried the high cost of living and urged her supporters to elect her in the UDA nominations for a change.

Muturi is also the Democratic Party (DP) leader. He inked an agreement to join Kenya Kwanza on Saturday, April 9, at a hotel in Nairobi.

Earlier, Muturi had said he would run for presidency in the August 9 poll as an independent candidate.  But after wide consultations with his DP supporters, he decided to join Kenya Kwanza, he said.

Meanwhile, Waruguru, who spent the better part of Tuesday traversing the county to rally for support, will face off with current MP Mohamend Dedy, who is seeking re-election on a UDA ticket.

Laikipia West MP Patrick Mariru and former governor Joshua Irungu are both vying for governorship. They will also be seeking the UDA ticket during today’s primaries. 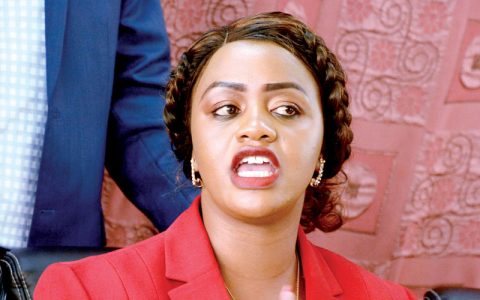 List of Ruto’s top allies who flopped in UDA nominations