The internet has made it easy to continuously keep tabs on others. And while there are people who openly declare and show their love online, there are many who do it albeit in a covert way.  Don’t be surprised if your crush who you think is single is already taken. The writing has been on the wall, it’s just that you didn’t read between the lines.

There is no denying that social media has to a great extent changed how people connect, especially for the millennials.

Social media is increasingly influencing how people fall in love and how they share the same with the world.

More than ever before, a big part of the lives of this demographic is being experienced online.

While millenials do not shy away from openly declaring their love interests on the internet, there are those that still feel the need to not make their intentions too obvious owing to one reason or another.

For this reason, people are slowly adopting covert ways of documenting love online with an aim of marking territory.

“The reason I resort to covert means of declaring love interest is because I am being cautious.

I do not want a backlash from the people I openly announced my intentions to in case there is trouble in paradise.

Having online in-laws following on my every love move isn’t for me,” says Michael Mwangi, a business man.

Whether it is through a special hashtag or tagging on photos, online users have adopted safe ways of driving the point home.

The photos in this case are not the kind that come with gushing captions. They are the kind of images that subtly say, this is it!

These photos elicit questions, but the aim of the sender is to leave the audience to arrive at their own conclusion without necessarily saying anything.

There are other stand-alone photos where the comments unravel the puzzle.  “Recently, I spotted a photo of a guy I have been eyeing on social media.

It was in a restaurant set up and the guy was alone looking like he was having a good time,” says Joan Wasike, a public relations practitioner.

“I had a great time,” one of the comments on the post read and Joan got the point that this guy may be attached after all.

A lot of couples also begin twinstagramming-posting either the same photo or photos from a similar location.

This is usually a tell-tale sign that two people are hooking up or at least hanging out a lot.

“That’s always a dead giveaway,” says Joan. “Like, oh suddenly you are both posting different versions of the same place and the same show? We know what’s up,” she shares.

A once in a while #MCM (Man Crush Monday) and #WCW (Woman Crush Wednesday) may just be used by some to refer to people they admire.

Subsequent #MCMs or #WCW or other hash tags of the same person could be pointing to something else.

Tagging someone on all photos and commenting on every post

There is this guy or chick that likes every photo and comments on every post.

Well, it could be nothing beyond that, but truth is often times it will be someone’s way of marking territory.

“Have you noticed that chick or dude who is tagged on literally every photo on your crush’s timeline? and one who comments on every post?

If you are an admirer don’t say that the signs were never out on the wall for you to see,” says Beatrice Nderitu, a sociologist.

Birthday wishes that have been given some thought

“Happy birthday to this amazing soul, my BFF, thank you for sticking with me through tough times…” and the post goes on and on. These long thoughtful posts may bear all there is to say.

“If you are trying too hard to get the joke in someone’s funny post, it’s probably because the sender did not have you in mind.

The person tagged in the post gets the joke and that goes to say that the message reached the intended audience,” Nderitu says.

Why would it be sent to the public timeline if it was private, you ask? It is so that you too can read between the lines.

According to Nderitu, in as much as people have the urge to share about their lives on social media, they are also afraid of the reaction.

“Online users are adopting covert ways of sharing, especially in regard to their relationships to be safe. It is their way of testing the waters,” she says.

In some cases, though, using non-obvious ways of sending the message is done as a way of seeking validation.

According to Nderitu, people share in such a manner to seek a second opinion, especially at the onset of a new relationship.

Based on the reaction they get, they either decide to keep going or end it altogether. It is their way of gauging what people think about them being together.

“For others, however, it is a way of being safe just in case at some point the relationship goes wrong, they can easily pick the pieces without so much embarrassment,” she says in conclusion.

Matiang’i: State won’t switch off Internet but we’re watching you 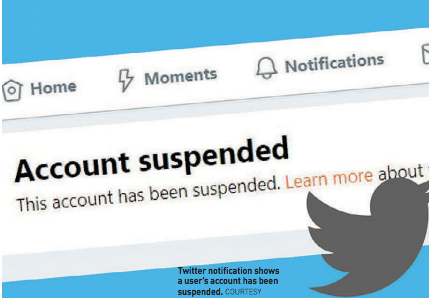 I am trying to save for retirement