Why apologising is more than saying you are sorry

All apologies are not equal. Nailantei Norari explores this art to help rebuild relationships and redress hurts caused.

There will always be conflict in any relationship as no two people are the same.

The key to long and happy relationships is, therefore, how people smooth things over after conflicts with apologising being the most favoured way of doing this whether in a playground brawl or a boardroom standoff.

Apologies are the balm that heals almost all wounds and paves way for continued togetherness.

However, there are times when apologies wreak more havoc than good, especially when they are deemed to be insincere.

“Some apologies are made superficially without addressing the real issues that caused pain and hurt that made the other party feel offended.

Such apologies are insincere and are normally made with an end in mind, such as ending a heated discussion or getting back a friendship.

An insincere apology lacks remorse and the offended party feels betrayed when such apologies are made,” Catherine Gachutha, a leading psychologist and relationship therapist explains.

She further elaborates that when one explains away important aspects of what made them do the perceived wrong, or why the other party should not be hurt, the apology is deemed to be insincere.

For example, one can say, “I am sorry I didn’t mean to hurt you.” The best way to say it is, “I am sorry you were hurt by what I said and in future, I am going to be careful about how I communicate with you.”

Allan Lawrence, a life coach, counselling psychologist and author agrees, saying that one can easily tell a sincere apology from an insincere one.

“At times, some people will not apologise at all. These people are naturally too proud and defensive to a point where they feel they can’t apologise to anyone.

For others, they cannot apologise due to the way they were brought up. Remember that childhood is the foundation of most of our behaviours evidenced in adulthood.

Others might just be sadistic or narcissistic in nature, hence they just find joy in hurting others.

With that said, you can tell a sincere apology by the way it is said, the body language of the person, and whether the person actually takes responsibility for the hurt caused,” Allan expounds.

He explains how timing, how quick the aggressor realises their mistake and how soon after that they apologise, can clue someone on to the sincerity of the apology.

He also talks of the importance of the victim to highlight to the aggressor how they were hurt as at times the other person might not even know that they have wronged someone.

He emphasises on the importance to maintain calm and reason even when communicating the hurt as one does not want to start a spiral of emotions.

He explains how some people simply deny the hurt caused and refuse to apologise or apologise while denying the hurt.

Invalidating the other person’s experiences and hurt is a sure way of causing even more hurt in the guise of an apology. What then is the right way to apologise?

“Apologies are hard as they put you in a vulnerable position. They are, however, important as they help rebuild relationships and redress hurts caused.

Sincere apologies should express remorse for the wrong done, take responsibility of the hurt caused, seek a way to make amends and have a sincere promise to not revisit the hurt by repeating the wrong done.

Explaining why you did the hurtful thing is tantamount to denying responsibility of the wrong done.

Promising to not repeat the hurtful thing is important in helping rebuild trust and the relationship in general,” Allan explains.

Still, there are people who apologise for everything with others apologising endlessly for even the smallest of hurts.

By design, research shows that women are more inclined to over-apologise. This is in part due to socialization, which rewards women for being emotional and men for being assertive.

This in turn makes the former have a lower threshold for wrongdoing and the latter a higher one, hence what a woman may see as an offence requiring an apology, the man may not.

Allan explains how individuals with low self-esteem also tend to over-apologise, with some people using it as a coping mechanism.

Adults who grew up in homes where they were blamed for everything tend to apologise for everything as they have internalised that they are the harbingers of hurt and everything wrong.

Similarly, people who have suffered traumatic events, such as abusive relationships tend to over-apologise.

“There is an inherent lack of self-worth and a lot of anxiety in people who over-apologise. They should seek to learn what about relationships makes them averse to confrontation or even taking up space and work to resolve that.

One might not be harming anyone else by over-apologising, but they are still not okay, as they are always playing small and apologising even when they are the wronged party,” Allan explains.

He concludes by citing just how powerful apologies are, and how important it is to not just learn how to do it right, but when to do it. He reiterates the importance of clear communication as a badly worded apology whilst sincere may still damage a relationship.

“When you realise you have caused harm, apologise immediately. An apology delayed, increases the harm caused to the other party. Remember that as much as apologies will put you in a vulnerable position, they allow the relationship that could potentially be hurt to continue,” he concludes.

She doesn’t want me to meet her folks 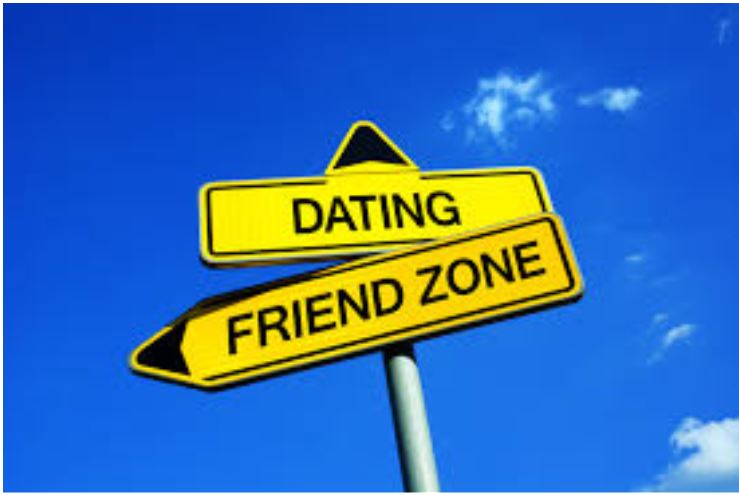 Why she has put you on friendzone

When sex is not part of the deal in sugar dating

I am trying to save for retirement