There is an old adage that says: “It is important to let children follow their paths in life”.

But even those parents who coach their children and encourage them to follow their dreams, find themselves imposing and forcing their children to follow certain career paths in life against their kids’ wish.

Tales of parents forcing their kids to focus only on education and not to concentrate on sports are not new either.

The stringent rules have left the dreams of many talented sportsmen and women unulfilled and unnoticed.

However, many great sportsmen and women defied their parents to follow their passion in sports and went on to make it big to the joy of even their overbearing parents who at one point had discouraged them from venturing into sports.

Ann Aluoch decided to chat her own path and is currently one of the most decorated female football coaches in the country.

In her journey, 31-year old Aluoch who  faced many hurdles to realise her passion and dream in football.

A first-born in her family, raised in Ngomongo slums - one of the largest and most dangerous sprawling informal settlemeents in Kenya where crime, drug abuse and poverty outweigh sanity - Aluoch’s upbringing was but predetermined.

There was no way her parents could allow her to mingle with the harsh environment freely considering the danger of lurking predators and scavengers hovering, making it difficult to allow her to participate in football, a sport that was then believed to be a preserve of men.

“I was born in 1990 in Ngomongo slums, Nairobi and I’m the first daughter in a family of nine, five boys and four girls,” Ann introduces herself in an exclusive interview with People Sport.

Ann did not enjoy the liberty of enjoying her childhood. She lost her mom when she was only seven years old and as the firstborn, she was tasked and expected to take the motherhood role.

“I had to wake up early in the morning each day before everyone to prepare breakfast for the family, wash utensils and clothes for my siblings and father and cook other meals in the day.

Perhaps this is why my father did not support the idea of me playing football as I was expected to play the role of a mother for my siblings,” Aluoch said.

As the pressure not to venture into football intensified at home, the same pressure and discouragement faced Ann in equal measures in her school.

Ann’s free time was significantly limited to allow her to go to training as most weekends and school holidays she was expected to go to school for extra classes.

However, she preferred to complete house chores and head to the football ground to play the Mathare Youth Sports Association (MYSA) League, interact, and socialize with friends who were her pillar of comfort.

“My teachers at primary school were not supportive either as they considered other educational activities to be more important than me playing football.

They thought that football will take away my focus from studies and believed that the extra classes would boost my academic grade, but to their surprise, I was always a performer and high achiever in class,” added Ann.

With MYSA holding weekly football activities as well as community environmental clean-up activities and other social development activities under Ruaraka Zone, Ann found herself falling in love with the beautiful and with no time she developed a passion for football and despite stun warning from her father, she could hide and follow her brother to play with them even in the streets.

“In 1999, at the age of nine, and despite my parent’s feelings about me playing football, I continued following my brother, only that this time around, it was in the football ground in Babadogo, where to my surprise I found an organized football league by MYSA, and without a second thought, I joined Blue Power U.12 girls’ team, coached by Florence Awino currently residing in Bergen, Norway,” Ann reminisces.

“Since then, my life resonates around football where I played in MYSA league, and MYSA organized national and international tournaments and Championship matches which sharpened my footballing skills and talent.

The league and tournaments created an opportunity for me to be recognized in 2001 and 2002 where I was selected to be in the Mathare United teams that participated in the largest youth football tournament in East Africa, the East Africa Cup, two years in a row.

In addition to this, I participated in many junior national football events and tournaments,” added Ann. 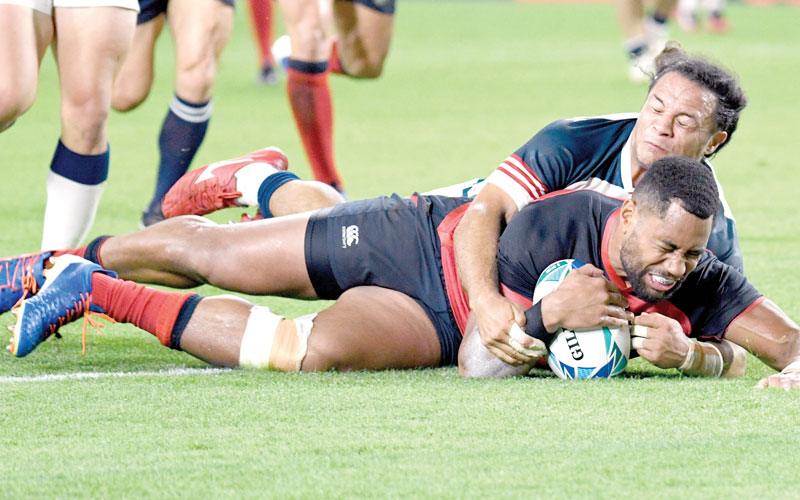 Sport is an important enabler for development

From selling chang’aa to winning souls