A prominent Thika trader has gone missing under mysterious circumstances after reportedly writing what appears like a suicidal note.

Julius Gitau Wanyoike alias Gitau wa Mali Mali who runs a wholesale shop behind the Thika main bus stage disappeared last Monday morning and he has not been seen since then.

His friends and family members are at a loss regarding his whereabouts, a week since he disappeared and after efforts to trace him bore no fruit.

A search team comprising family members and police combed Thika River but failed to get him. Gatanga sub county Police Commander Peter Muchemi under whose jurisdiction the matter was reported said police were still treating it as a "missing person report."

The businessman popularly known as 'Gitau wa Mali Mali' had driven himself in one of his distribution trucks before abandoning the vehicle near the Blue Post flyover.

"We understand that he called his driver on phone and told him to go for the vehicle," said his friend John Tumbu who is the chairman of area traders association and also runs a wholesale shop nearby.

This was confirmed by another employee of Gitau, David Kaloki who said when the driver went to the scene he found his boss had left the vehicle with the doors unlocked and the ignition key inside.

However, the missing businessman had also left inside the vehicle a disturbing handwritten message on a piece of paper. It read;

"Hey family. Hii maisha imenishinda. Sitaki kutafutwa na watu wasijisumbue kunitafuta niko kwa maji. Family nawapenda sana (Family, life has become unbearable for me, don't bother looking for me, I am in the water, I love you family)" Read the note left by the trader

Police sources said Gitau was being pursued by auctioneers and suppliers over unpaid debts but efforts to trace him have proved hard as he has no phone.

The chairman of Thika business community Alfred Wanyoike appealed to whoever may have information regarding the missing man to contact his office or the police.

He said many traders were undergoing serious challenges as a result of low returns during the Covid-19 crisis and asked government to find ways of bailing them out. 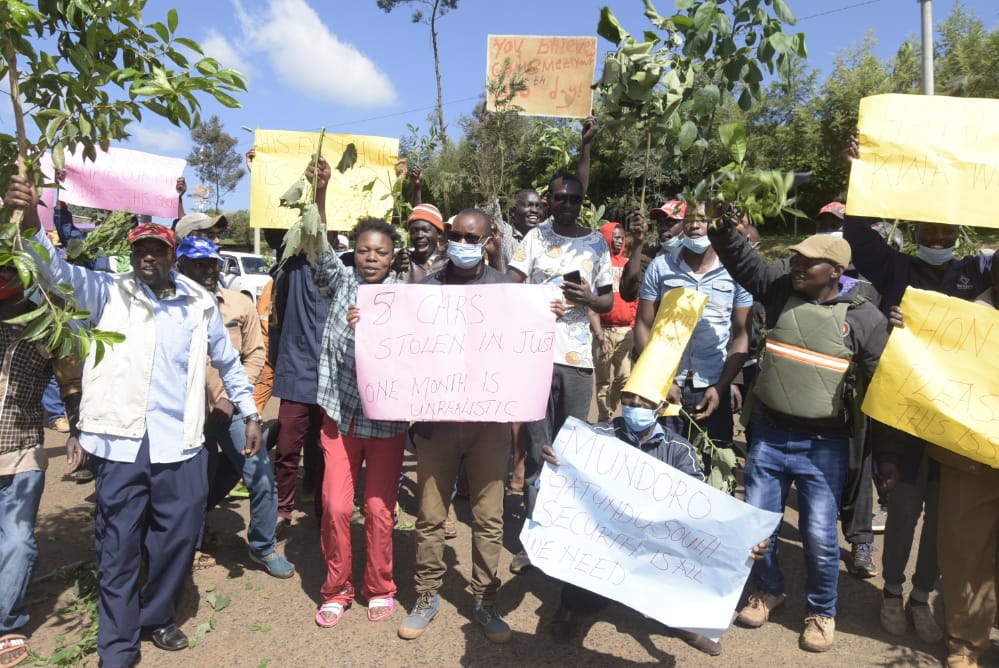 Fury as eight vehicles stolen in Gatundu in one month