The African Union (AU) is missing in action at the time when it is most required by the continent. Africa is burning.

Full scale war has broken out in Ethiopia, as the Federal Government of Prime Minister, Abiy Ahmed takes on the forces of the Tigray People’s Liberation Front (TPLF), in a life and death battle over control of the Tigray Province. Hundreds have reportedly been killed and thousands displaced.

The tension in the country is growing, as President Yoweri Museveni makes it impossible for his challengers in the January 2012 presidential election to campaign.  Expect more violence in the run up, during and after the election.

In Guinea, police are said to have shot and killed at least 24 protestors in the capital Conakry, after protest broke out following the October presidential election.

Conde was contesting on a controversial third term, arguing that a change in the Constitution meant that his first term had been nullified.

Diallo has called for mass protests, and Guinea looks set for more instability as Conde’s government undertakes a brutal crackdown on protestors.

In Ivory Coast, post election violence continues unabated after the incumbent, Alassane Outtara, was declared winner of the Presidential election.

As in the case of Guinea, Outtara was contesting  on a controversial third term, also arguing that a change in the Constitution had erased his first term.

Dozens have been killed after Outtara was declared winner. Thousands have fled to neighbouring countries.

Expect more violence going forward, as well as a divided country as the government loses control of the regions that are dominated by opposition supporters.

In Cameroon, the country has effectively been split into Anglophone and Francophone regions as separatists fight for autonomy of the English speaking region.

This war has recently seen dangerous escalation with killings, displacements, and kidnappings.

The conflict looks like it is going to be long drawn out, nasty and brutish. Cameroon is no longer a viable entity as a country.

In Tanzania, the government undertook a brutal crackdown of opposition politicians after the October presidential election.

Lissu has since fled to Belgium fearing for his life, while other opposition politicians are either under arrest, or have have fled the country.

A protest called by the opposition to demonstrate against the results was brutally crushed.

The usual headaches for the international community have followed these conflicts. Refugees are pouring into neighbouring countries.

This is causing a humanitarian crises, with the international community being forced to step in with humanitarian assistance.

Human rights of opposition supporters are being abused. In almost all these cases, the governments have restricted access by journalists to the conflict zones.

There is, therefore, no independent testimony of how the governments are prosecuting these conflicts.

The governments have gone further to disable the use of the internet and social media. The only narrative, therefore, is the one being spun by the government.

In all these instances, the AU is quiet. Surely, is political correctness so important that governments are brutalising their people but the AU cannot intervene.

Most of these conflicts have been caused by the governments themselves implementing very unpopular measures.

In contrast, the AU was very quick to condemn the military that deposed the leadership of Mali, to bring to an end instability caused by months of protests following botched election.

The current silence only validates criticisms that the AU is a club of presidents who congregate to cover for each other. 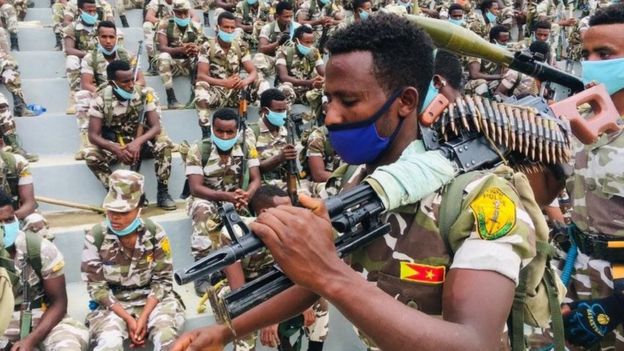