Agony of parents caring for special kids in Covid-19 times

Before Covid-19 broke out in Kenya in March, Lesimale’s daughter, Natasha Nashipae, had been attending therapy at Furaha International Centre for Exceptional Children in Makutano, Meru county.

Lesimale had been referred to the centre by a friend. “I had all along been struggling to take care of her and had never been to therapy.

Then I found out about this centre where therapy is free,” she says.

For Lesimale, who lives in Gilgil, Nakuru county, it meant travelling about 330km to access the centre.

Lesimale, who resigned from her job as a caregiver in a children’s home four years ago to solely take care of Natasha, spent about four months in Meru for therapy at the centre, after which Natasha’s neck support was improving and she could sit with ease.

Then Covid-19 came and now Natasha has regressed.

“She can only sit down with support,” says the mother of two.

With school closures, movement restrictions and social distancing, the pandemic has caused massive disruptions to families, but this impact is amplified for parents with special needs children.

For children with neurodevelopmental disorders such as autism, celebral palsy and dyslexia, their routines have been disrupted taking a huge toll on their emotional and physical development.

These disorders arise from impairments in the developing brain and/or the central nervous system and they affect the child’s behaviour and ability to learn.

With many parents losing livelihoods and with little outside help, families are struggling to cope with offering round the clock care and attention to the vulnerable children.

Except for her older sibling and parents, Natasha has had limited social interactions since the pandemic, with her mother ensuring she is mostly indoors to avoid contracting the virus.

“Children with neuro developmental conditions are accustomed to routines and that has been thrown into disarray.

They also like socialising and interacting with others. But with schools closed, that is limited because at home most of the children are used to spending time alone,” says Jadelyne Makena, a counsellor.

Makena who is also the co-director and co-founder, Furaha International Centre for Exceptional Children says that there is a lot of stalling of developmental progress on most children.

The centre founded in 2016, offers occupational therapy, special education and counselling services and has a network of 330 children who it supports.

“At Furaha we support children with autism, Down Syndrome and celebral palsy, teach them social skills, offer therapy and baby sit while the parents go and work,” says Makena.

The anxiety and lack of socialisation during the pandemic is affecting the children, especially keeping in mind that special needs children are more susceptible to mental health conditions.

For months after the pandemic begun and schools were closed, Jaki Mathaga’s 14 year old autistic son would wake up early every morning and dress up for school.

He really got frustrated because he is used to a certain routine. At some point, he got tired of dressing up and threw away the uniform,” says Jaki whose son is a student in a primary school offering inclusive education in Syokimau, Machakos.

Jaki worries that it will take time for her son before he can adopt to going to school once learning resumes in January next year.

According to a research published on the Lancet Journal of Medicine, the anxiety on children with neorodevelopment disorders due to uncertainties caused by change of routines can be reduced by creating a schedule.

With schools closed, Jaki realised early that homeschooling was not going to work for her son, noting that autistic children learn differently and are taught by specially trained teachers.

The mother of three is now focusing on teaching him skills to ensure he is self-sufficient.

“He can now do laundry and fry an egg,” she says Jaki who lost her job in June this year says it has been difficult coping as a parent during this pandemic.

Jaki who is also the founding trustee of Arthur’s Dream Autism Trust foundation, which works with parents of special needs children says that the pandemic has left most families burnt out from the demands of care with little help.

“Some parents are going for days without sleep because their children need care throughout.

With incomes lost, most cannot afford to hire nannies and they are forced to do everything on their own,” she says.

The foundation that has 1,500 members from across the country has been supporting parents with food donations during the pandemic.

The disability advocate adds that, parents are straining to purchase medications that their children need due to loss of jobs.

Jaki notes that due to disruptions brought about by restricted travel in the initial months of the pandemic, prices almost tripled for some medication such as anticonvulsants that suppress seizures.

Unfortunately, Jaki says that there have been few children within the network who have passed on during the pandemic due to lack of access to medication and healthcare.

Many children with special needs have other underlying conditions and have lower immunity putting them at a high risk of getting other infections.

This has put so much fear and anxiety to families who are taking extra precautions to ensure their children are safe.

Further adding to the parent’s stress is the worry of what would happen to children if they (parents) were to be put in isolation. “My son relies on me for most things.

The thought that he could be self-isolated if he had the virus is too difficult to process,” says Jaki.

With the tough economic times occasioned by Covid-19 and parents having little support, there has been a spike in incidences of sexual gender based violence among children with special needs.

“There have been cases where parents are forced to lock their children in the house alone and go to work.

Then sexual predators take advantage of the parents absence to defile the children,” she adds.

Lack of support, limited resources and extra care needs are compounding the physical and mental demands on parents with children with special needs.

Parents are also struggling to take care of the children and balance that with work demands.

Despite being in need of money, Carol Daisy Mwende has had to decline job offers on several occasions to take care of her nine-year-old autistic son.

Carol who works as a chef for hire, has found hiring a househelp extremely difficult thus is forced to split her time between closely monitoring her son and working.

“At times when I’m called for a demanding work, I decline because I have no one to leave my son with,” says the single mother of three.

When schools were open, Carol could afford to work with peace of mind since her son, a Grade Two pupil at a primary school in Chogoria, Tharaka Nithi county would be under the care of teachers.

For families with children with special needs these stressors are compounded by stigma and discrimination from the community. 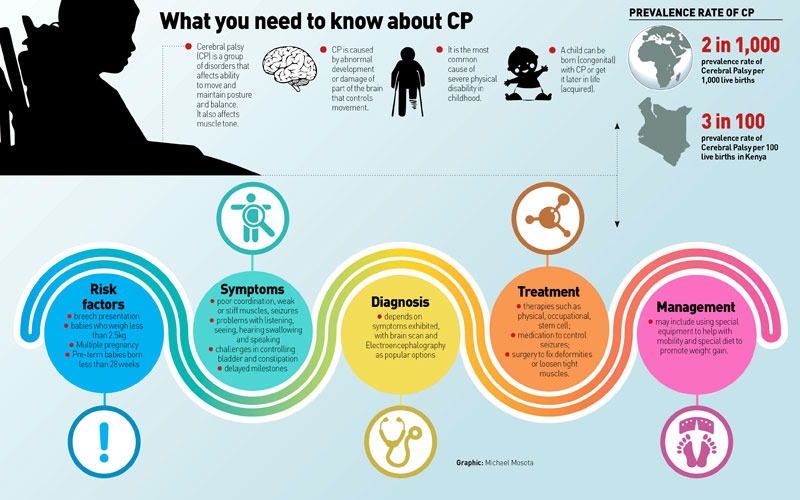