The Nairobi governor race continues to gain momentum with a section of leaders proposing a strategy on sharing of top elective seats in the city.


They proposed a line-up on a day a section of Orange Democratic Movement leaders maintained the seat should be reserved for the party.


The line-up was proposed during a recent consultative meeting between Ngatia and members of the Gusii community residing in Nairobi, led by Kwamboka, who threw their weight behind the chair of the National Chamber of Commerce and Industry.

“We have decided that we shall support ODM leader Raila Odinga for presidency and Ngatia for the governorship. We have already agreed on the line-up that we shall aggressively campaign for,” she declared.

Should conception of the Ngatia-Kwamboka-Kamanda line-up be birthed, Westlands MP Tim Wanyonyi, who has also declared his candidature for governor seat under Azimio, would have to come up with a strategy to beat them.

Adequate forays
While Wanyonyi has not proposed any line-up in his camp, he has previously received backing from Raila and his wife, Ida Odinga.


Yesterday, Wanyonyi told People Daily that he is firmly in the race, saying he has even heightened his campaigns. “Ignore the propaganda you have seen circulating on social media that I have withdrawn from the race. These are the works of my competitors who have panicked due to my popularity,” Wanyonyi said.


Wanyonyi said he has made adequate forays in the city and is determined to go the whole hog.


But Kwamboka’s proposed line-up appeared to have run into headwinds after both Kamanda and Aladwa denied that they been approached by anyone in the group.


While confirming that he is in the race, Kamanda could neither deny nor confirm whether he had joined the Ngatia team. “All I can say at the moment is that all the seats in Nairobi would be negotiated for under Azimio to avoid a possible fall-out,” Kamanda said.


On the other hand, Luhya leaders drawn from the 85 wards in the city pushed for the candidature of Wanyonyi and vowed not to settle for anything else short of the governorship.


“This is the only position we are demanding. Our condition is irreducible and it will not change,” said the groups’ leader Vincent Shimali.


On his part, Aladwa, while dissociating himself from the line-up proposed by Kwamboka, disclosed that he was under immense pressure from voters in the city to go for the top seat.


“With my political experience and profile why should I deputise someone? If I have to go for any position in the county, then it has to be the governorship,” Aladwa stated.

Specific camp
Aladwa further clarified that he does not belong to any specific camp and was waiting for direction from President Uhuru Kenyatta and Raila on how the seats in the city would be shared among Azimio La Umoja affiliates.


But Kwamboka said they had decided to support Ngatia due to his background, having been born and brought up in Kangemi, which makes him understand problems bedevilling the city.


Showering accolades on Ngatia over his leadership style that she said would drive the city to greater heights, Kwamboka called for concerted efforts by her colleagues in Azimio to ensure that Raila gets the highest number of votes in Nairobi.


“I was elected an MCA for Mountain View Ward because of the support that Raila gave me. He later nominated me to the Senate. I value Raila so much and that is why I disagree with my opponent (Millicent Omanga) who keeps insulting him every day. She lacks respect for her elders,” Kwamboka added.


While Kwamboka disclosed her intention to vie for the seat on an ODM ticket, Ngatia, who was present, did not specify which party he would use for his candidacy. Though the Gusii leaders commended President Uhuru and his Jubilee party for nominating Millicent Omanga to the Senate, they castigated her for doing little to the electorate in Nairobi.


“We as members of the community, while thanking the nomination of our two daughters to Parliament, we would also like to express our reservations over the performance of Senator Omanga, whom has done very little in return,” Ogetto said.


He added: “We have listened to Ngatia and we have decided unanimously without doubt that he is the best for the seat. Personally, I believe Ngatia is the best candidate for the governor’s position. We have seen others unveiling their manifestos but I believe in Ngatia’s resume and his work which speaks for itself,” Ogetto stated.


Addressing the gathering, Ngatia used the opportunity to enumerate some of his agenda for city residents, with a promise to prioritise creation of jobs by creating an enabling environment for investors.


“We shall strive to manage the garbage problem to enable residents reside in a clean environment. My government will also establish a special kitty to support Small and Micro Enterprises,” Ngatia assured.


As part of his strategy to support the growth of small businesspeople, Ngatia promised to set aside a special kitty to sponsor delegations of members of the business community to Dubai not only to showcase their innovations and products to the whole world, but also for benchmarking.


Ngatia also promised to mobilise voters in Mt Kenya region to support Raila’s presidential bid while at the same time campaigning for Kwamboka’s election as a Woman Rep.


“As a person from the Mountain region, I wish to assure you that we have decided to support Raila for the presidency. We will fully support him and even after being elected, we shall stand with him to ensure he fully achieves his agenda for the nation,” Ngatia noted. 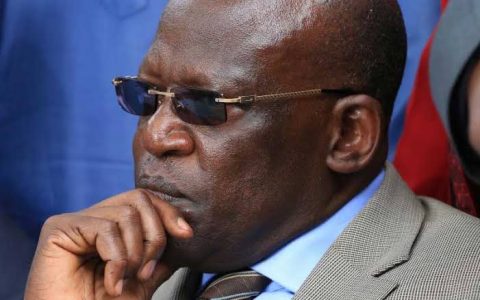 Haji given more time to decide on Muthama case