Raila, who arrived at the Stadium 10 minutes to 1pm on Friday, is expected to be endorsed by a section of Luhya leaders as their preferred presidential candidate for 2022 general elections.

"We want to move forward with the rest of the country. Azimio la Umoja is bringing all Kenyans together and we do not want our region to be left behind," Atwoli said when he inspected the preparation of the venue on Tuesday.

Atwoli has also arrived at Bukhungu where thousands of Raila's supporters have gathered. 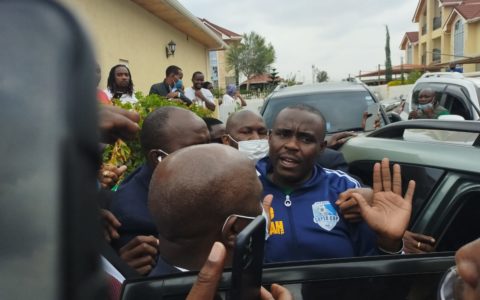