Senators allied to President Uhuru Kenyatta and Orange party leader Raila Odinga yesterday pushed through the controversial Political Parties (Amendment) Bill, paving the way for the formation of a NARC-like coalition ahead of the August election.


Using their superior numbers in the Senate, the pro-Handshake senators, just like their National Assembly counterparts, delivered one blow after another against Deputy President William Ruto’s camp that was determined to shoot down the Bill.

For instance, the pro-Handshake team garnered 29 votes against their rivals’ paltry seven to force the Bill through the second reading.
They also shot down all amendments, 15 in total, that had been proposed by Ruto’s allies to send the Bill to the next stage.


But the pro-Ruto senators went down fighting, warning that some of the clauses in the Bill were unconstitutional and would usurp the powers of the Independent Electoral and Boundaries Commission (IEBC).


“It is a terrible, hopeless, and useless Bill, it fails as a constitutional Bill,” Elgeyo Marakwet Senator Kipchumba Murkomen.

Specific timelines
“Under the Constitution, the elections are a function of IEBC Unfortunately, because some people want to micromanage political parties, they have given the Registrar of Political Parties the responsibility to manage the outfits in terms of verifying registers and giving specific timelines,” Murkomen added.

Murkomen termed as ridiculous a clause that gives the office of the Registrar powers to manage independent political parties, which is the responsibility of IEBC.


He had proposed among other amendments that clause 11 of the Bill be amended to allow a political party that expels a member to notify the Registrar in writing of the expulsion and request the Registrar to remove that member’s name from its register.


Other Ruto’s allies who had proposed amendments, including Samson Cherargei (Nandi), Petronilla Were (Nominated), Isaac Mwaura (Nominated) and Irungu Kang’ata (Murang’a), watched helplessly as they were shot down one after another.


Cherargei had proposed the deletion of Clause 9 of the Bill that provides for the formation of a coalition political party.

He had also proposed an amendment to Clause 20 of the Bill that seeks to reduce the number of days a political party should submit to the Registrar a register of its members and a statement of assets and liabilities from 90 days to 30 days before a General Election.


“The clarification of this is that we should (the period) reduce to at least 30 days because when a coalition of political parties come together and they want to run jointly for a General Election, that 30 days is more than sufficient,” Cherargei said.


“What they need to do is to draft that coalition and agree on terms of engagement, come up with the rules of engagements and deposit it at the Registrar and that is at least 30 days before the General Election,” he added.


On his part, Kang’ata had proposed an amendment to deny the Registrar of Political Parties additional functions of keeping and maintaining a register of members of political parties.


Kitui Senator Enoch Wambua dropped his amendments, among them a proposal to delete the clause on the role of the Registrar in party primaries.
Seconding the Bill, Minority Leader James Orengo defended it, saying it provided a framework for establishing coalition parties.


Migori Senator Ochillo Ayacko said the Bill was good because it allows political parties to survive in coalitions without necessarily having to fold themselves.


“We need a law that will midwife the existence of a political party for posterity and for history. If you look at this law, this law is good. It is allowing parties to survive as a family, as a coalition and it is able to bring diversity into it,” Ayacko said.


Nominated Senator Agnes Zani welcomed the enactment of the Bill, saying it was coming at the right time when the country is moving towards elections and looking at various coalitions.


Right time
“Some of the issues you have seen within political parties can be resolved and have been resolved to a large extent, but probably there is a need to have this resolution in writing,” Zani said.


She further stated that the proposed new criteria for distributing the political party’s funds are better and that the bill will promote inclusivity and address the feuding in political parties and coalition arrangements. 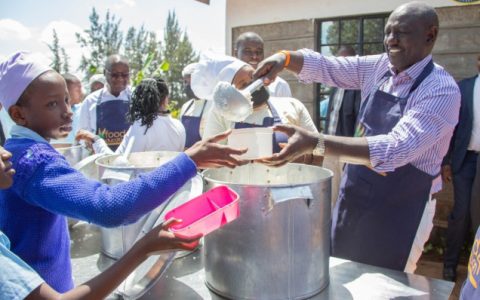 Protect women in politics from abuse