A High Court judge yesterday narrated how  Directorate of Criminal Investigations (DCI) detectives forced a mystery woman into the toilet of a fellow judge’s chambers and allegedly recovered $50,000 from her.

In his replying affidavit to a sworn statement by a detective from the DCI department, Justice Said Chitembwe recounted how police officers stormed the chambers of Justice Aggrey Muchelule on July 22 and arrested him.

Chitembwe said he had gone to Muchelule’s chambers to pick him so that they could go for tea within the Milimani Law Courts, a request the latter declined.

As he left the chambers, he was accosted by detectives who pounced on him and forced him back to Muchelule’s chambers, demanding to conduct a search.

“The officers also brought into chambers an unidentified woman seemingly under arrest who without introduction her to us, they proceeded to take her to the toilet, searched her and allegedly recovered $50,000 from her,” Chitembwe stated in the affidavit.

“After that, the officers escorted me to my chambers and conducted a search and they did not find anything and a search certificate was issued to that effect.”

It is at this juncture, the judge stated, that he voluntarily surrendered $7,000 that was in his possession and which he intended to pay for his son’s fees.

“After the search, I did remove from my pockets the $7,000 that I had been having with me for purposes of paying for my son’s school fees at the Edith Cowan University in Perth Australia and handed over the same to the officers.

There was no seizure of the said amount from me as I voluntarily handed the same over to the officers,” he says.

He and Muchelule hit the headlines when they were dramatically arrested by detectives on July 22 and driven to the DCI headquarters on Kiambu Road for questioning over bribery allegations.

The two were accused of soliciting and receiving a bribe running into millions of shillings to influence a matter in court. Also arrested during the raid were officers attached to their offices.

They were later released after recording statements in the presence of their lawyers.

In his affidavit, Chitembwe maintained that the $7,000 was not the proceeds of a bribe as alleged by the detectives.

He said his family has operated a dollar account in his wife’s name for more than three years, hence the reason he had the money in the foreign currency.

His statement is consistent with the information he disclosed during the interviews for the Chief Justice’s position where he stated that it is his wife; who operates bank accounts and is the one who gives him money.

“That as a family we have kept a dollar account under my wife’s name for over three years and as such it is not usual or suspect for me to have US dollars in my possession as is proposed by DCI officers.”

He added that the detectives pounced on him just as he was in the process of seeking bank advice on how to transfer the money to the university.

He added that during the arrest, he was never told the nature of the crime that was being investigated, who his alleged accusers were and why his chambers were searched without a warrant.

Siaya under sleuths radar over Sh600m 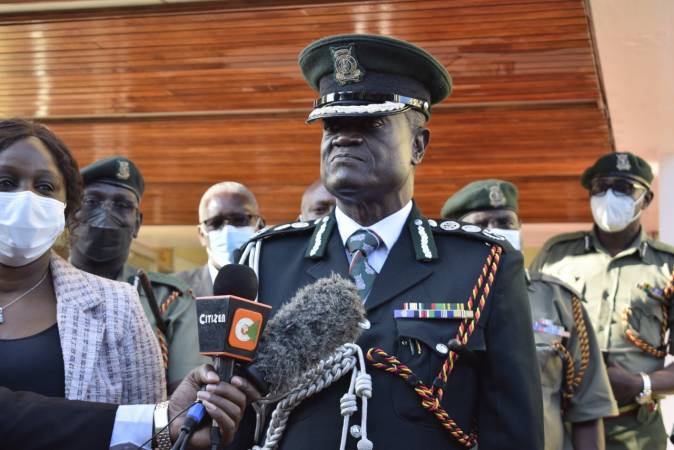 Prisons chief in arrest drama after being fired