Murang'a County governor Mwangi Wa Iria has urged the government to implement measures which would minimize movement among the members of public into various parts of the country.

The governor said in as much as the government is putting efforts to fight the spread of the corona virus massive movement of people will always be a challenge.

Wa Iria warned that if this is not heeded to, the situation is likely to get out of hand and more people will be infected.

Speaking in Murang'a, he urged the National government through the ministries of transport and interior coordination to come up with measures to enforce this.

"Controlling the movement of people will be a sure way of containing the spread of the deadly virus because humans are the major carriers," he said.

He also said people need to be sensitized on the seriousness of this situation for them to understand the need to stay indoors as much as possible.

"I think this matter has not sunk into the minds of the people and that's why they are still moving around" he remarked.

"People should only travel when their course is very necessary like going to hospital but anything else can wait," he added.

He said soon they might be forced to monitor the movement of the people getting in and out of the county.

"We don't mean to curtail the freedom of movement but let people understand it is for their own good," said the governor.

"If there is nothing major you are coming to do here in Murang'a please don't come we don't want visitors for now," he added.

He also urged the neighboring counties to join hands in implementing common measures to curb the spread of Corona to ensure the safety of the residents.

"In Murang'a we closed down all the bars, but people are moving to other counties where the bars are still open and this might be counterproductive," he said.

Murang'a County commissioner Mohamed Bare echoed Wa Iria's sentiment saying countries which had corona virus reported first and did not control the movement of the people have borne the blunt.

"Some of these countries are 100 percent lock down, we are not yet there but it's good to be cautious," he remarked. 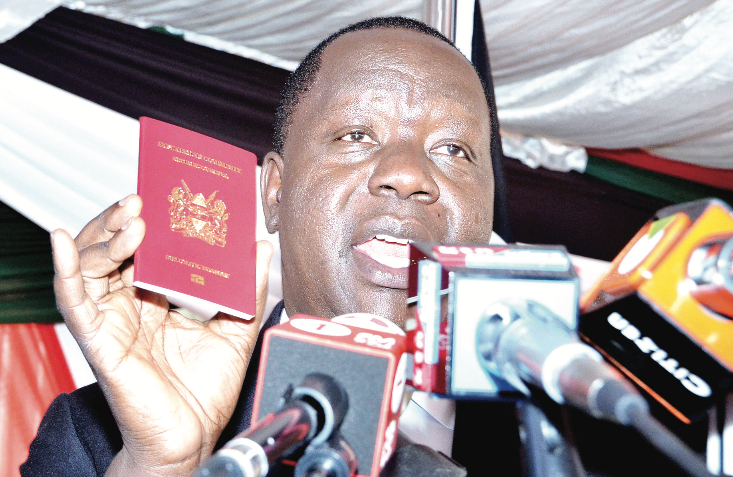