Justice Antony Mrima declined a plea by Attorney General Kihara Kariuki to grant a temporary reprieve to DCI to suspend implementation of the jail term or his imminent arrest by the Inspector General of Police Hillary Mutyambai.

“Given the nature of orders sought by the AG and history of the matter, this court is of the view that any orders will be considered after hearing of the application,” Mrima ruled.

While rejecting the attempt to set aside the November 18 orders, Mrima noted that the AG’s application was filed a day to the lapse of the seven-day window granted for Kinoti to surrender to prison authorities.
He observed that the AG has since withdrawn a notice of appeal lodged on Friday against the sentence.

Kariuki, through lawyer Cecil Miller, filed an application seeking to vary the order, saying the DCI had been irregularly sued.

Miller added: “It is only fair that equitability of the law is extended to the DCI by having stay of the orders. We have subjected ourselves to this court instead of going to appeal.

“This court has power to stay. Nothing irregular or illegal with that and the court should exercise that discretion in fairness to the applicant.”
However, businessman Jimi Wanjigi, through lawyer Willis Otieno opposed the Attorney General’s request, saying the stay orders would be prejudicial to him.

“In our affidavit, what we will bring to attention of the court is the disparaging remarks made by the applicant (DCI) in relation to the court orders,” Otieno said.

The court directed that the application be heard today.
Mrima last week sentenced Kinoti to jail for defying orders that were granted by Justice Chacha Mwita on June 21, 2019, that he returns seven firearms and ammunitions belonging to Wanjigi.

The guns were seized from Wanjigi in 2017.
Consequently, the High Court directed Kinoti to surrender to the officer-in-charge of Kamiti Maximum Security Prison within seven days, failure to which, the Inspector General is to arrest him.

Ndii given two weeks to file response in BBI appeal 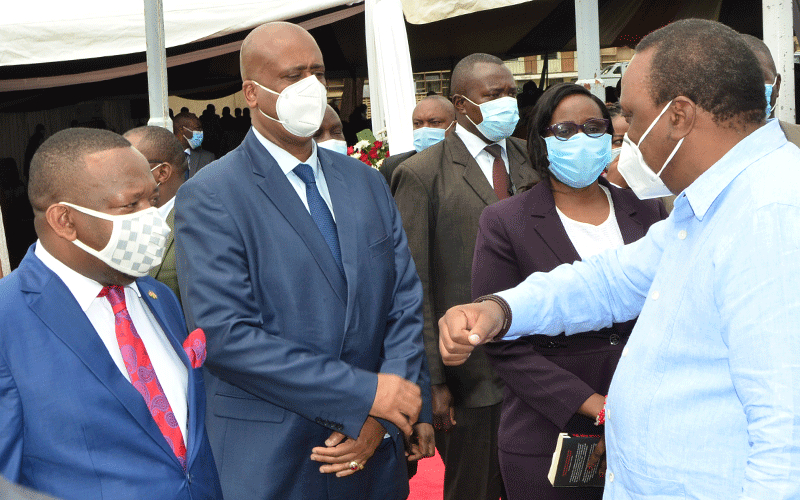