Covid-19: Positivity rate drops to 5.3 per cent as 15 deaths are recorded

Health Cabinet Secretary Mutahi Kagwe has announced 88 new cases of Covid-19 from a sample size of 1,668 tested in the last 24 hours, thus representing a 5.3 per cent positivity rate.

From the new cases, 87 are Kenyans, one a foreigner while 56 are males and 32 females.

The youngest is a six-year-old child while the oldest is 84 years-old.

Following the new cases announced by CS Kagwe, the total confirmed cases in the country now stands at 170,735 while the cumulative tests conducted so far are 1,811,558.

CS Kagwe also announced that 71 patients have recovered from the disease, 64 of whom were from home based and isolation care while 7 were discharged from various health facilities.

The new figures bring the total number of recoveries to 116,847 of whom 84,896 are from home based and isolation care while 31,951 were released from various health facilities.

Unfortunately, 15 deaths have been recorded as a result of the pandemic. All these cases were recorded after conducting facility audit records done in the month of April.

A total of 3,172 people have succumbed to the virus ever since the first case was confirmed in the country in the month of March last year.

CS Kagwe also announced that 1,237 patients are admitted in various health facilities across the country. He says 4,661 patients are on home based isolation and care,

93 patients are in the Intensive Care Unit (ICU), 21 of whom are on ventilatory support while 55 on supplemental oxygen. 17 are under observation.

Separately, 87 patients are on supplemental oxygen with 81 of them in general wards and 6 in High Dependency Unit (HDU).

Panic as contacts of Uhuru School pupils get infected 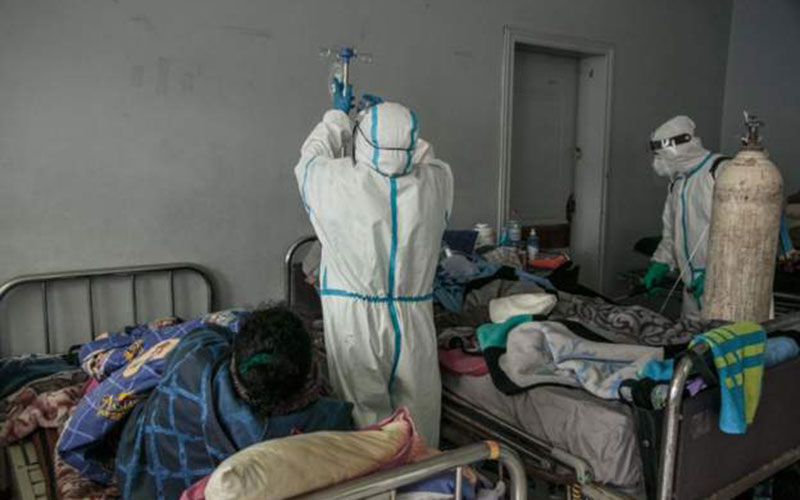