Interior Cabinet Secretary Fred Matiang'i was Monday morning caught up in a matatu operator's demonstration at Rironi along the busy Nairobi/ Naivasha highway.

The operators mainly from Limuru were protesting against the mounting of a roadblock at Rironi which they say has interrupted their business.

On hearing a siren by a chase car, the operators blocked the road promoting the CS to alight and address them.

CS Matiang'i assured them the State would address the matter.

"We are aware that the roadblocks are negatively affecting the country's economy but we have to look into the matter diligently.
The Inspector General and Kenya National Highway Authority officials are addressing the problem and you should expect changes by Tuesday." he said.

The CS later boarded his vehicle and left amid tight security.

Earlier, more than 300 vehicles belonging to Likana and Lina Sacco's had blocked the road for hours as their officials sought audience with Limuru Deputy County Commissioner Charles Mukele.

The incident caused a major traffic snarl up which stretched for more than five kilometres.

'The roadblock is inconsequential because as you can see there stages on either side of the same and it's only vehicles are being prevented from crossing the road,' said a traveller.

Another commuter said that it should dawn on those manning the roadblocks that vehicles do not transmit Covid-19 but people.

On Sunday, motorists and matatu operators woke up to a rude shock when they found additional roadblocks mounted on several roads within Limuru sub-county.

This was only two weeks after the same were minimized following a highlight of the plights of the road users by People Daily.

They questioned the rationale behind the move noting that the roadblocks are not only irritating but also a hindrance to their movement.

There are now 8 roadblocks within Limuru sub county which is within the Nairobi metropolitan and the same has negatively impacted on businesses and day to day economic activities of locals.

The roadblocks were mounted to control mass movement of people into and out of Nairobi area to contain the spread of Covid-19. 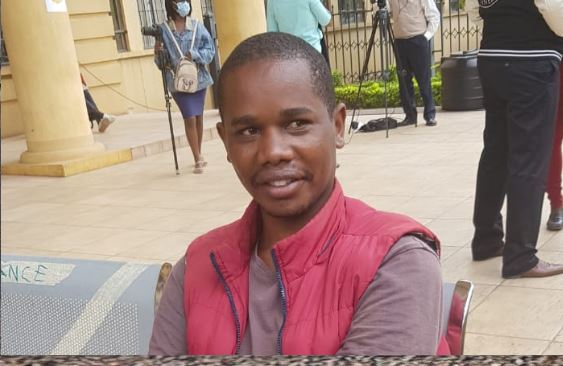