The Directorate of Criminal Investigations (DCI) is today scheduled to record statements from 11 current and former officials of the Rift Valley Water Works Development Agency over the stalled multi-billion-shilling Itare dam project.

The officials will be grilled over  payment of Sh19 billion for the projected in Nakuru county.

DCI boss George Kinoti, through Nephat Marufu, wrote to the agency’s CEO Hosea Wendot directing him to ensure the officials honour the summons. Most of those asked to appear before the DCI served between 2012 and 2015 as board members.

The grilling comes a week after Water and Irrigation Cabinet secretary Simon Chelugui also appeared before the DCI to shed light on the stalled project in which taxpayers are said to have lost billions of shillings.

“Further to our previous correspondence...dated 4th December, 2019 on the above matter (probe on Itare dam), we would like to summon the under listed persons for interview and statement recording on 16th December 2019,” reads the letter dated December 9.

People Daily also learned that a Principal secretary has been summoned to appear before detectives over the same project this week.

The tender to construct Itare Dam was awarded to Italian firm CMC Di Ravenna in 2017, with the project expected to be complete in four years.

But the construction stalled for months after the contractor filed for bankruptcy last year, despite the fact that about Sh11.5 billion has been paid with nothing to show for the money. About Sh8.9 billion was reportedly paid after Chelugui took over the ministry from Mwangi Kiunjuri, who is currently the Devolution Cabinet secretary.

The project, whose construction began in April 2017, has also faced challenges ranging from compensation, flawed procurement processes besides being mired in a number of court cases.

The dam was projected to benefit close to a million people in Kuresoi, Molo and Rongai areas of Nakuru county.

The development comes amid reports that the Italian firm wants to wind up its operations in Kenya.

The case is similar to those of multi-billion-shilling Arror and Kimwarer dams saga for which suspended Treasury CS Henry Rotich, his PS Kamau Thugge and top Kerio Valley Development Authority (KVDA) managers have been prosecuted.

As in Itare, taxpayers are said to have lost Sh21 billion in Arror and Kimwarer projects paid to the same Italian company with nothing to show.

In July, Chelugui appeared before the Parliamentary Natural Resources Committee and assured that the government would continue with construction of the Itare Dam.

He said if the Italian firm was not cleared to operate,  it would search for a new contractor or sub-contract another firm to complete it, but maintain CMC Di Ravenna as the main contractor.

“We have told them to sub-contract the works but retain themselves as the main contractor. We have prepared a document that will be presented to the Cabinet for approval,” the CS said.

He said the decision was reached after the struggling Italian firm agreed to go ahead with sub-contracting only if it is allowed more time to sort out its financial challenges.

Chelugui also said the ministry could not handle the matter unilaterally, adding that they had to consult the Treasury and the lender. “If we take drastic steps, we may lose the loan and it is not easy to source for another lender,” he added.

I was impeached illegally, Waiguru maintains as she answers graft charges to Senate

Kericho: Official arrested for awarding herself a tender 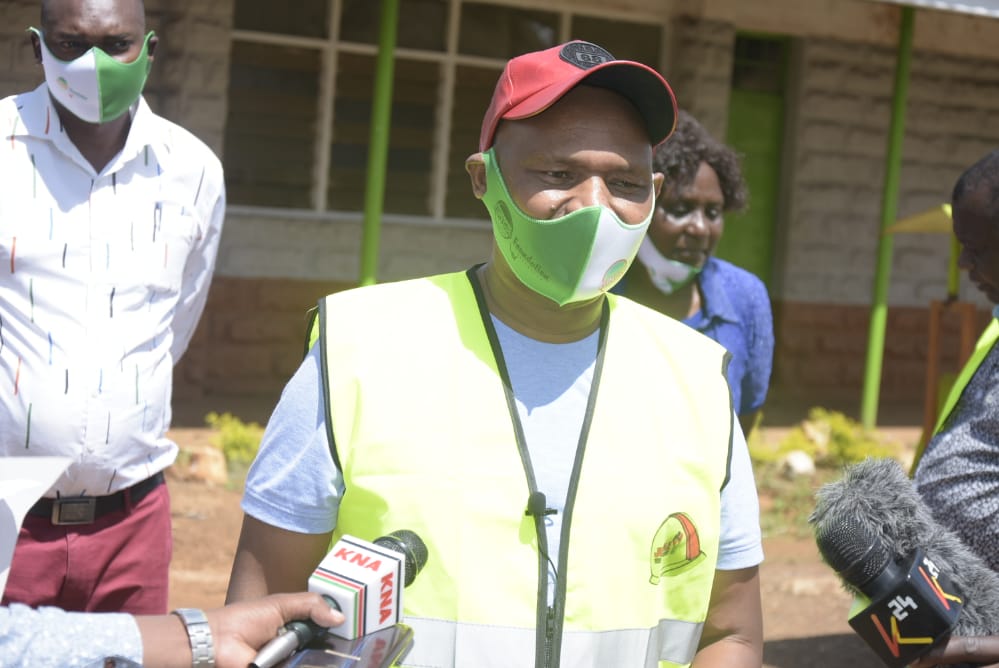