A depressed post-graduate medical student at the University of Nairobi committed suicide inside her car by injecting herself with anaesthesia-inducing drugs on Saturday afternoon at the Kenyatta National Hospital (KNH) parking lot.

The death of Dr Lydia Wahura Kanyoro brings to the fore the rising cases of depression and personal health problems among medical students and doctors.

Kanyoro, 35, was a postgraduate student in Paediatrics at the UoN’s School of Medicine in KNH is said to have written a suicide note and called some of her relatives to tell them where she was and what she had planned to do, before committing suicide. Police, however, declined to disclose the contents of the note.

The head of security at the School of Medicine, George Onyango, said he spotted the body at the back seat of her car, a Mazda Verisa, within the hospital’s parking lot on Saturday 1pm.

The body was immediately identified and matter reported at Capitol Hill Police Station.

“She was lying in the back seat and had injected a syringe on her left arm. Also found inside the car were vials of Ketamine and midazolam drugs,” police said.

Kilimani police Commander Andrew Muturi yesterday said the drugs had been taken to the Government Chemist for analysis.

“We are also in possession of a printed suicide note believed to have been authored by the deceased which will also be subjected to analysis to establish if it was indeed, among other things, written by the deceased,” the OCPD said.

The deceased left behind a suicide note, printed from an email dated June 12 at 9am that detailed why she decided to commit suicide.

Reports indicate so many medical staff are suffering depression and other mental-related illnesses, a fact that experts have attributed to the tough working conditions among other things.

“Such cases have increased but remain largely under-reported, especially among the Masters students,” a source at KNH told People Daily.

“The work load and academic demands for some of the doctors pursuing further studies are sometimes unbearable. Medicine is very tough and challenging and the sad thing is that doctors know what to take to easily end their lives,” the source added.

A friend to the deceased, Carol Nthiwa, yesterday said many trainee doctors were suffering from serious mental health issues which if not addressed, are a ticking time bomb.

“RIP Wahura Kanyoro, one day I will get the courage to tell my story, how I suffered at the hands of some women I worked with.

It was the hardest time of my life, resigning in the middle of a pandemic,” she wrote.

Colleagues said they undergo a lot of stress while in training.

“I don’t think it is worth it. The stress takes a toll on our bodies and we only realise when we get chronic illnesses in our 50s.

We need to take life less seriously, take it easy. The stress we get is not worth it,” another doctor said.

A friend, Cleophas Mutua, eulogised Kanyoro as a courageous person, terming her ‘a light and a gem to all who knew her’.

“She was a dedicated doctor and a fierce advocate for her patients. We are heartbroken that she is no longer with us but we choose to celebrate her and who she was. Wahura, thank you for fighting for so long,” the colleague wrote.

Another colleague said the emphasis in most schools was on physical stamina and mental toughness.

“This leads to a normalisation of high levels of stress, sleep deprivation, excessively long workdays and a lack of free time to spend with family or friends,” she said.

“Overworking to make ends meet and a host of other stress-inducing factors, plus the added strain that comes with raising children and other responsibilities in the home for some who support families exacerbates the situation,” another doctor said.

Once the king of football, now depressed and unwell 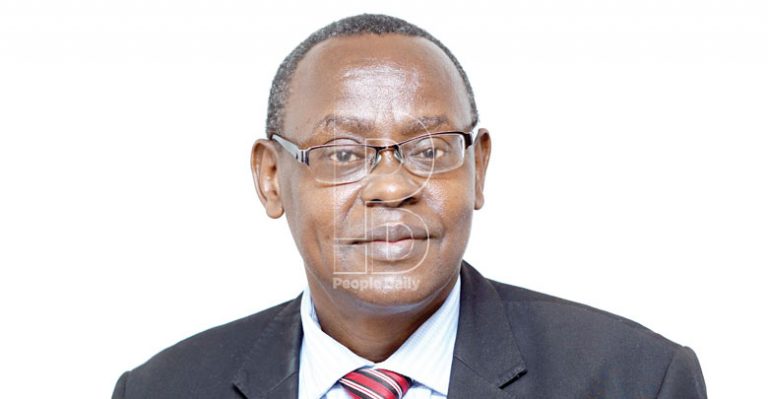 How you can save someone from suicide