Deputy President William Ruto was on Monday, August 2, blocked at the Jomo Kenyatta International Airport (JKIA) while on his way to Uganda, his Communication Secretary David Mugonyi has confirmed.

Speaking to a local publication, Mugonyi confirmed the incident ad said the DP was told to seek clearance from the head of Public Service and the secretary to the cabinet before being allowed to leave the country.

"He was asked to seek clearance from Head of Public Service and Secretary to Cabinet when he reached the airport. We are surprised because this has never happened in the last nine years that he has been in office," Mugonyi said.

The DP is said to have headed back to his office after being blocked from travelling.

In what appeared to be an indirect comment on the issue, the DP took to his Twitter to make a statement.

“Isorait…Tumwachie mungu (It is all right... let us leave it to God,” he tweet.

When K24 Digital contacted DP Ruto’s Director of Communication Emmanuel Talaam, he is unaware of the incident since he was on leave to attend to personal errands.

He said he will inquire from the communication secretary about the incident before commenting on the issue.

The DP has been a regular visitor in Uganda where he has been hosted by the country’s Head of State Yoweri Kaguta Museveni.

Barely a month ago, DP Rruto was in Uganda and was seen having a conversation with the Museveni at his official residence.

His visit has always been private. 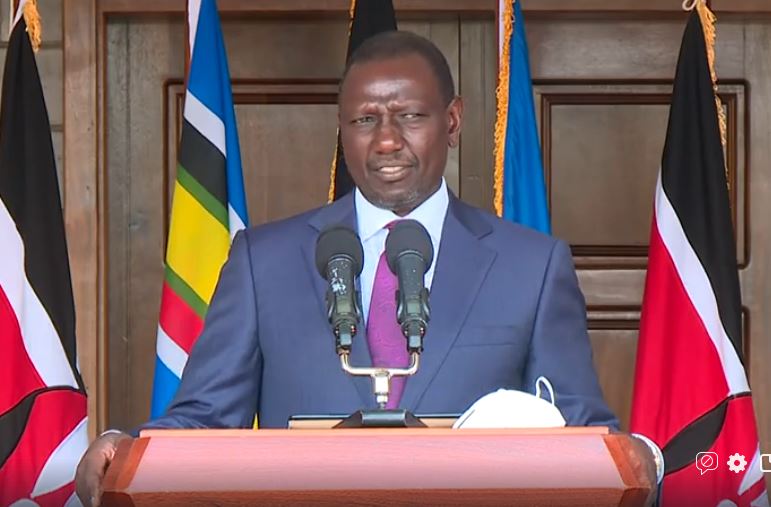