The State Prosecutor Vera Hamisa, representing the DPP, claims that justice will not be served if the matter is heard in September.

She says that according to court guidelines, economic crime cases should be finalised within three years and, therefore, time will be limited after September.

"The prosecution will be calling 40 witnesses in the matter and we would have lost nine months between now and September if the dates are not reviewed," Hamisa said.

The application, which was made before Chief Magistrate R.Makungu, was strongly opposed by the defence's team claiming that the DPP has ambushed them with such an application without consultation.

Rigathi Gachagua's lawyer Amos Kisilu told the court to dismiss the application by the prosecution, asking the magistrate not to entertain such.

"The DPP cannot feel unsatisfied with the dates that the court has already set for this matter. Our diaries are full with other matters between now and September," Kisilu said.

The Mathira MP is alleged to have received Ksh7.4 billion in his three bank accounts at Rafiki Micro Finance Bank, funds which were allegedly deposited between 2013 and 2020.

The MP, who is out on a cash bail of Ksh 12 million, is charged alongside nine others. 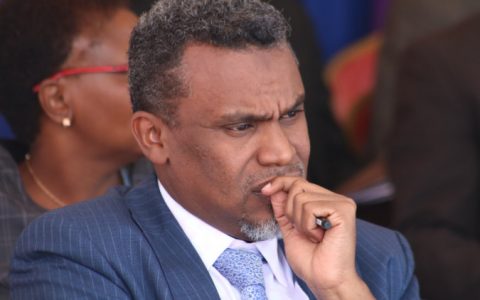 DPP on the spot over Linturi case ‘bungling’