The Ethics and Anti-Corruption Commission (EACC) has denied that it cleared the nomination of Paul Mutunga as Nairobi deputy governor.


The new development comes after activist Okiya Omtatah challenged Mutunga’s eligibility to hold the deputy governor’s position given the ongoing corruption cases against him.

In a response filed in court to Omtatah’s petition by EACC boss Twalib Mbarak (pictured), the commission noted that the Nairobi County Assembly in November last year went ahead to consider Mutunga’s nomination without any reference to it regarding his integrity.


“That the third respondent (Nairobi City County Assembly) was required to officially seek information from the commission on any matter touching on Ethics and integrity of Mutunga, which it did not for reasons known to itself,” reads EACC’s petition.


Through lawyer Mercy Kanyaru, the commission said it was a standard practice for all vetting bodies to seek information from EACC when vetting a candidate for an appointment.

“Therefore, there was no clearance sought by the Nairobi County Assembly hence the EACC was not involved in the clearing , vetting and approval of Paul Mutunga as the deputy governor of Nairobi City County,” states EACC. The commission said the failure by the assembly to seek information from it on Mutunga’s suitability renders the vetting incomplete and ineffectual. 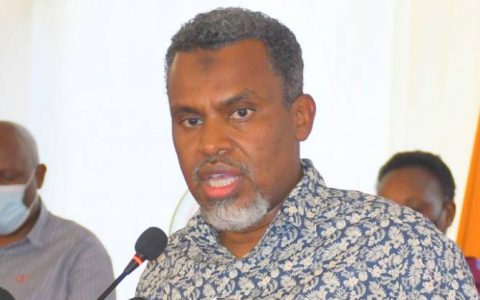 Impeached politicians should not run for office – Haji

MPs under probe over loss of billions in constituency funds