More than 800 learners in four public primaries and one secondary school in Elgeyo-Marakwet county will have nowhere to learn after floods destroyed school buildings once the State re-opens institutions of learning which were closed following local outbreak of Covid-19 in March.

Several schools in Kisumu county have also been damaged by raging waters.

Floods have left huge trail of destruction in Nyando, parts of Muhoroni, Nyakach and Kisumu East and other sub-counties in Western Kenya region.

Kisumu county director of education Isaac Atebe says his office is undertaking an audit to establish the extent of damage caused by the flush floods to institutions in the county.

“Education officers are liaising with schools heads on the impact of the floods before we can quantify the extent of the damages therein,” says Atebe.

Buildings and facilities at Liter Girls High School were also washed away during the recent heavy downpour that also killed 18 people, among them two police officers.

A landslide at Chesogon village along the border of Elgeyo Marakwet and West Pokot left over 4,000 families displaced and traders counting losses worth millions of shillings after their premises were swept away by the floods.

“We are appealing the State to see how the schools will be reconstructed during this period when learners are still at home due to corona virus pandemic,” said Cheberi.

The Knut official said the damaged institutions cannot even be accessed due to impassable roads that were also washed away alongside three bridges.

Liter Girls, which sits along the border of the two counties, saw all its classrooms, laboratory, school bus and a library washed away.

Preliminary estimates are that Sh15 million will be required to bring back Liter Girls back to its former state.

“The institution, which host learners from Marakwet and Pokot communities, is not suitable for learning as it is in deplorable condition,” said a teacher who declined to be named.

In Kisumu, Atebe said education officers are liaising with the heads of the institutions, county commissioner’s office and relief agencies to find out the exact damage in the various schools before mechanisms to refurbish them could be worked out.

In the audit, education officials  will obtain information on how the schools are affected and the extent to which infrastructure has been destroyed by the floods.

“Preliminary reports indicate buildings in several schools were damaged and compounds are flooded by raging waters.  Our schools could be counting losses in millions of shillings,” he said.

The schools, traditionally used by flood or other disater victims as evacuation centres, have been marooned by floodwaters.

“We had allowed a few of the schools in the floods-hit areas which escaped damage to be used as evacuation centres by families displaced,” Atebe said.

Scholar established that a number of learning institutions particularly in Nyando and Muhoroni sub-counties have been flooded, with some totally submerged in water.

Seasonal floods in the area have been caused by river Nyando breaking its banks. Nyando deputy county commissioner Kihara Rufus says many schools were submerged by the backflow of water compounded by heavy rains pounding the area.

The commissioner has called for interventions to cushion the schools from destruction by extreme floods so that learning is not further disrupted when schools reopen after the coronavirus emergency break ends.

“Learners have lost a lot of time at home hence it will be appropriate if they find friendly environments to continue their studies uninterrupted,” says Kihara.

Joshua Ogalo, Kisumu county Knut executive secretary, says the perennial flooding of institutions of learning in the region not only calls for urgent repairs before learning resumes but also long-term measures to contain the crisis.

He recommends that the government sets aside some funds to help affected institutions  recontruct destroyed classrooms and other infrastructure to facilitate smooth learning once schools re-open.

“Education officers should inspect the facilities to establish the level of damages when the water levels subside.

The State must be ready to shoulder the cost of repairing damages caused by the floods menace to schools,”  says Ogalo. 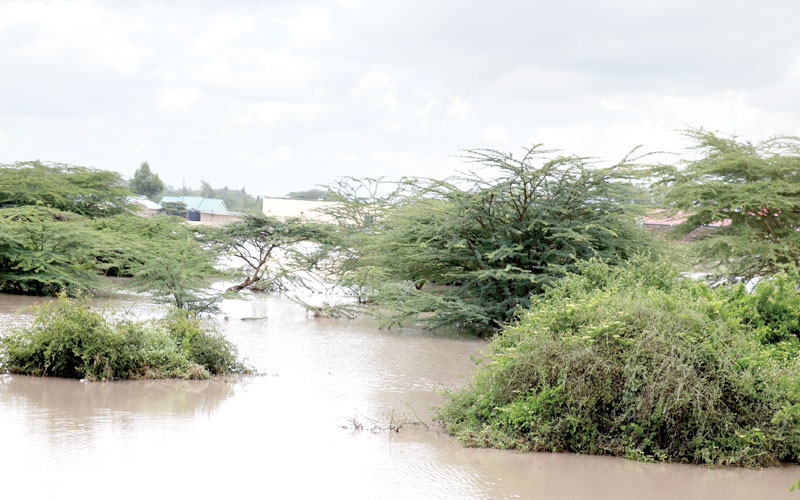 Why you should buy property only during the rainy season

Do not rush to reopen schools, headteachers say