Divisions among coast region leaders over formation of a political party continued to widen after five governors failed to show up for a unity meeting with one of them holding a parallel event in his county.

Only Mombasa Governor Hassan Joho who is angling to be the regional kingpin showed up for the meeting that was to be hosted by his Lamu counterpart Fahim Twaha with the others sending representatives.

While Joho is pushing for the region to remain in the Orange Democratic Movement (ODM) where he is the deputy party leader, his Kilifi counterpart Amason Kingi has been rallying for a new political formation for the region.

It is not clear why some of the governors ignored the weekend talks in Lamu with sources saying that Kingi held a separate meeting with the 54 Members of the Kilifi County Assembly to discuss the Building Bridges Initiative ( BBI) bill and push for the new Coast political party.

Kingi who appears not to be happy with Joho for his continued push for a continued stay in ODM pointed out that the Mombasa governor was wrong to insist on staying in the ODM party and still try to push for unity of the Coast region.

He said if all governors stood firm to claim to have invested in their political parties and are not willing to abandon them for other paries, the coast region would not achieve unity.

“The new party will have a national outlook with local roots and will have membership from all regions in Kenya,’’ Kingi said adding that the unveiling of the new party will be actualized March this year way earlier ahead of his June deadline.

Last week four Coast governors led by Joho, Kingi, Taita Taveta Governor Granton Samboja, and his Tana River counterpart Dhadho Godhana met in Taita Taveta and resolved to work together so as to unite the region. 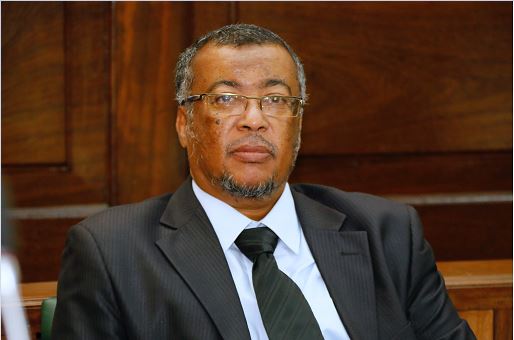