Reports indicate that Muchelule who is currently attached to Milimani Family Divison was nabbed on Thursday afternoon by detectives attached to the Directorate of Criminal Investigations (DCI).

A sleuth privy to the matter told People Daily Digital that at 4pm, Muchelule was being taken to DCI Headquarters along Kiambu Road.

“He is a man of interest in a matter that detectives have been pursuing for months now. More shall be communicated with time,” the source said.

He is among President Uhuru Kenyatta’s ‘Rejected Six’, who were denied promotions due to ‘integrity issues.’

In June this year, President Uhuru appointed 34 judges out of 41 who were recommended by the Judicial Service Commission (JSC) for appointment, citing intelligence reports.

Others that were left out together with Muchelule were justices Joel Ngugi, George Odunga and Weldon Korir, all currently serving as High Court judges.

The president also rejected Evans Makori and Judith Omange Cheruiyot, who had been recommended for the Labour Court.

Following the move by the Head of State to decline to appoint the six, several petitions have been filed in a bid to compel the president to appoint the judges. 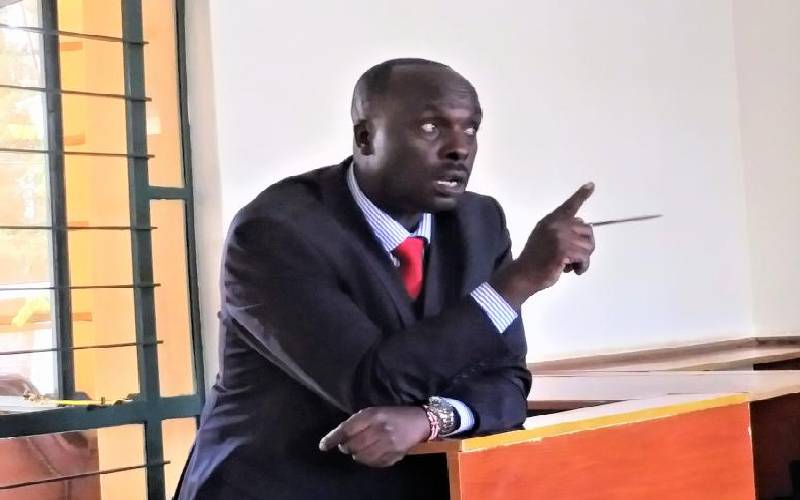