Wiper Party Leader Kalonzo Musyoka has answered back at ODM leader Raila Odinga over the barking statement the latter threw at him.

Kalonzo said he shall continue 'barking' until the weight of what he is saying sinks in and people get to see the reality.

Speaking in Ithanga lower Gatanga on Sunday, June, 20, Kalonzo said Odinga is crafting his way out not to honor the political agreement between him and other Nasa co-principals.

Kalonzo who last week said he will not support Odinga's presidential bid stood his ground that this time the ODM leader has to return the favor and throw his weight behind him after being his running mate for two times.

"I will continue barking until the leaders learn to respect and honour any agreements made either in public or in private," he said.

He further noted that it's very selfish of leaders to enter into treaties that they later breach as they pursue other interests and end up betraying others.

"There must be integrity in politics and leaders must learn to stick to their promises without shifting goals," he remarked.

Kalonzo also blamed the former Prime Minister for the Nasa coalition break-up citing the same reason of failing to keep his promises.

Odinga had told off Kalonzo over his remarks saying he had not yet declared his interest to vie for presidency come 2022.

At the same time the wiper party leader also said he is likely to join hands with the jubilee party in the new merger if it shall be for a political goodwill.

"We also have an agreement with the ruling Jubilee party and other parties can also join in so that we get a way forward in the country's leadership" he said.

Other leaders who had accompanied Kalonzo among them Enock Wambua, Cynthia Kasuni, and Jackson Kalla urged Kalonzo not to give up his 2022 Presidential bid saying he is a peacemaker and a politician without any blemish of corruption. 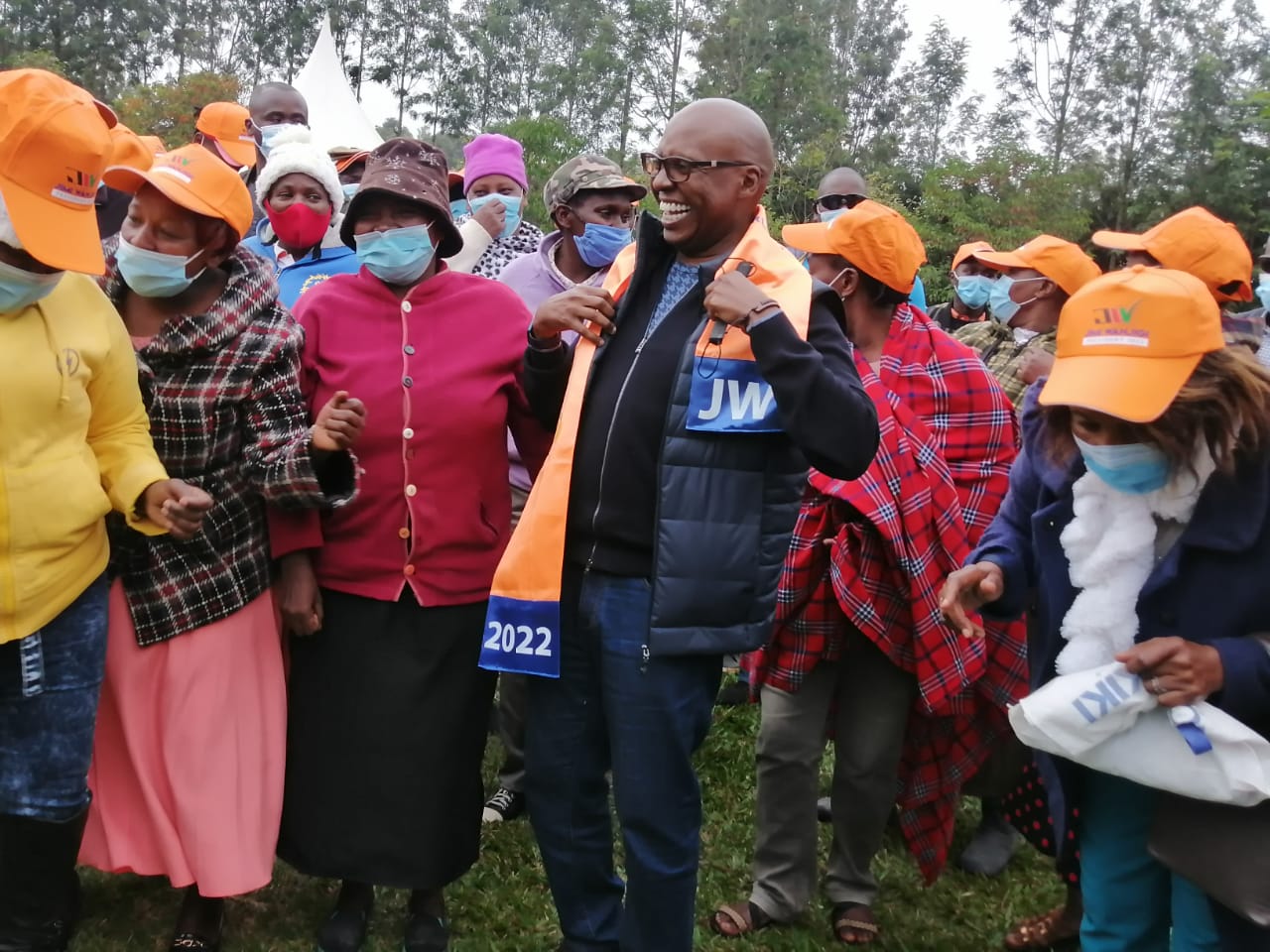