Murathe is a key cog in Uhuru’s kitchen Cabinet and has distinguished himself as the President’s troubleshooter, going by the remarks he has been making on the succession debate.

The former Gatanga MP’s critics, however, dismiss him as a non-entity in Uhuru succession race, as he is a non-elected party official who holds the position out of goodwill.

After resigning from the position of vice chair in January 2019, following controversial statements concerning Uhuru succession and Deputy President William Ruto’s place in it, Murathe recently reclaimed the position, saying his resignation had not been formalised.

While resigning, Murathe said he had quit the position due to conflict of interest because he was seeking to block Ruto from succeeding Uhuru in 2022.

The party vice chair had said he would seek the Supreme Court’s interpretation on whether Ruto was legible to run for the presidency after serving two terms as deputy president.

But early this year, Murathe said his resignation letter had not been acknowledged by the party leader, President Uhuru.

“I am back in the party to ensure a smooth transition, democracy and the welfare of all members is respected. The party is intact and we are working hard to ensure that every community has a right to lead this great nation,” he was quoted as saying last month.

Uhuru and Murathe go back a long way, the latter having served as the former’s aide at Treasury when he was Minister for Finance in the Grand Coalition Government.

Those in the know say Murathe was one of the forces behind the pre2013 deal that would have seen Musalia Mudavadi handed the Jubilee presidential ticket when Uhuru and Ruto were fighting crimes against humanity charges related to the post 2007 election violence at the International Criminal Court at The Hague, Netherlands.

The deal with Mudavadi collapsed after it was rejected by politicians from the Mt Kenya region. Soon after the 2017 election, Murathe stoked controversy in the party when he declared that Uhuru would not automatically hand over power to Ruto, the presumed heir-apparent.

“The Kikuyu community does not owe Ruto any political debt for joining forces with Uhuru ahead of the 2013 presidential elections,” Murathe is quoted as having said.

Murathe has teamed up with Jubilee secretary general Raphael Tuju to lead the anti-Ruto brigade in the party and were recently involved in the purging the party’s Management Committee of members seen as the DP’s allies.

“Murathe is part of the group which has played a big role in creating a wedge between the President and his deputy,” said Mathira MP Rigathi Gachagua.

Murathe and Tuju have declared publicly that the party deputy leader will not be the automatic presidential candidate in 2022 race. 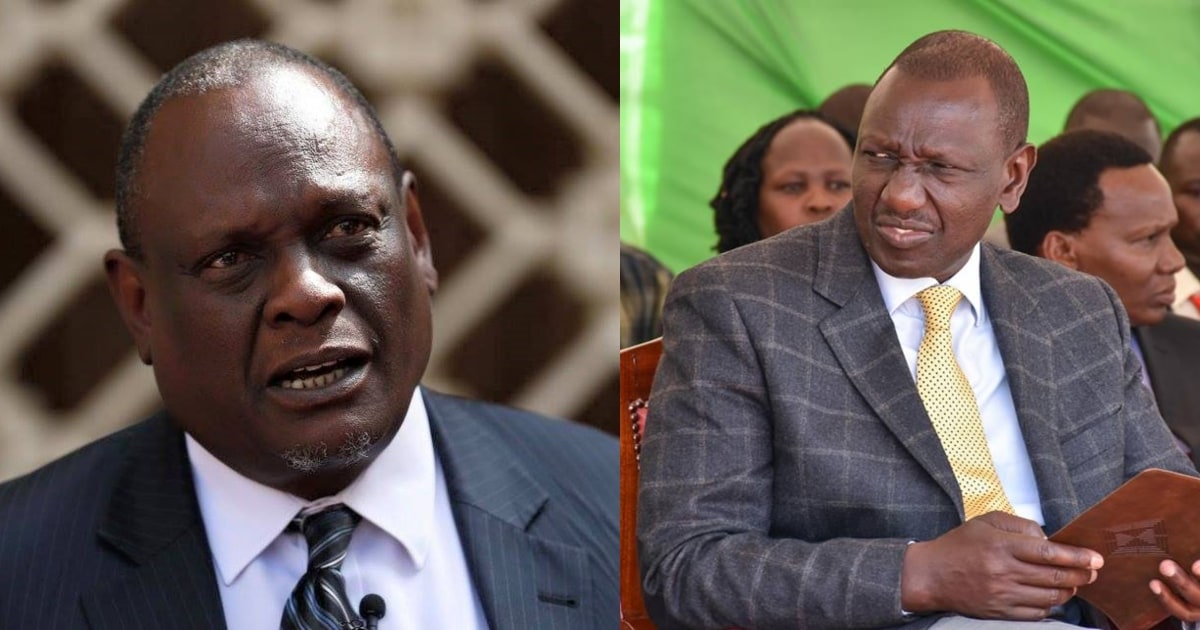