“We will look at the map across the country and check the areas which we think may be hotspots so that we are prepared to deal with them,” Matiang’i said.

The CS, who was speaking during a meeting with regional and county police commanders at the Kenya School of Government, said the recent wave of kidnappings was among the issues that pose security threats.

“We are ready to support a peaceful election. Do not be intimidated and let us not give in to anything that would hurt the stability of our country,” he told the police commanders.

Dubbed Inspector General’s Conference, the meeting was attended by all the regional and county commanders drawn from the Kenya Police Service, the Administration Police Service and the Directorate of Criminal Investigations.

“This madness is not perpetuated by ordinary mwananchi. It is because some desperate politicians and some with certain challenges are inciting them to fight,” he said.

The CS asked the officers to change their approach and work more closely with communities to raise the level of trust and confidence in security agencies.

“We need to look for alternative ways of ensuring that we prepare for security beforehand. We need to sit down with the community long before things happen is fundamental,” he said.

According to the National Cohesion and Integration Commission (NCIC), there is a likelihood of ethnic violence being witnessed in some areas including Marsabit, Turkana and West Pokot counties.

He announced that the commission had deployed a robust detection, reporting and investigation mechanism to deal with hatemongers.

In February, NCIC mapped out five towns  – Nairobi, Kisumu, Eldoret, Mombasa and Nakuru  – as possible hotspots for violence during the 2022 election campaigns.

The commission said the areas were being monitored closely due to heightened political activity and rhetoric which point to a possible repeat of the 2007/8 post-election violence.

In Nairobi, the team cited the city’s seven slums as recruitment grounds for political activities.

Matiang’i said a special squad had been formed to deal with kidnappings which have been declared a threat to national security.

“We have agreed that we will deploy special and aggressive resources to deal with this issue.

The DCI has made great strides in tracking the gangs behind the crimes,” he said.

The CS pointed out that some of the kidnappings were a result of illegal business deals gone sour.

“Some people get into informal but criminal business arrangements but when they go south they  resort to murdering each other,” he said.

The meeting was informed that some of the abduction incidents were linked to past criminal activities.

One of the recent cases is the June 29 kidnapping of a Nyeri businessman Gerald Guandaru who officials believe was linked to alleged past criminal activities, including poaching.

During the meeting, the police commanders presented the security challenges noted in their respective areas and their level of preparedness in meeting the challenges. 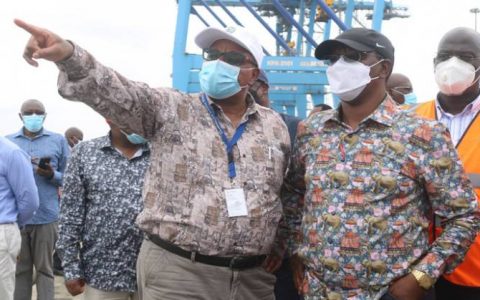