The Kenya African National Union (KANU) party is next week expected to name Gideon Moi's running mate in its race for the Presidency.

Mt.Kenya region Kanu officials reaffirmed the party's support for Gideon Moi as its flag bearer during the 2022 general elections urging him to pick his deputy from the region.

Mt.Kenya KANU regional chairman Njunge Mukirae said the Baringo senator will turn tables for both Deputy President William Ruto and ODM leader Raila Odinga who are perceived to be the front-runners in the race.

Mukirae told People Daily that the party top brass will soon meet and name Moi's running mate before embarking on an aggressive campaign in the whole country.

"We have Gideon as our presidential candidate and we shall soon name his deputy when we hold our Kanu meeting in Meru county in a week's time," said the chairman.

He added,  'The party will then start a door to door campaign aimed at popularizing Moi as it's 2022 Presidential candidate who we believe will be a game-changer for the region's politics'.


Mukirae who is also the Kiambu Kanu branch Vice-Chairman lashed out at Jubilee Vice Chairman David Murathe for insinuating that the region will solidly support Raila ostensibly because leadership should not only be between Kikuyu's and Kalenjins.

He dismisses the assertions as tribal, undemocratic and outdated noting that Kenyans will have the final say on chosing who becomes the next President.

"Gideon Moi is our best bet as central region residents in 2022 and he has assured us that he will steer our area and the country to greater heights of development devoid of corruption and divisive politics," he said.

Mukirae called upon Kenyans particularly the youth to join Kanu in droves noting that the fact that it has already signed a coalition agreement with the ruling party Jubilee is an open secret that President Uhuru Kenyatta will throw his weight behind Moi come the 2022 general elections.

The Chairman said the ongoing membership recruitment drives will continue indefinitely adding that the exercise has been made easier owing to the fact that Kanu has leadership structures across the country.

"Our party is the only one in the country with structures in every corner of the country and has remained steadfast in the face of volatile political dynamics," he said.

Mukirae thanked the party National Chairman for intervening in the irregular sale of party properties by 'greedy office holders colluding with Land Ministry cartels.
He appealed to county governments across the country as well as regional commissioners not to sanction any transfer of Kanu properties without the consent of the party chairman Gideon Moi.

"All transactions,  party affairs, and businesses must be authorized by the party National Chairman Gideon Moi and respective bonafide elected leaders in every region,' said the chairman.

He said that it should dawn on those unlawfully disposing off party properties that the same have inventories and hence easily traceable and advised those who might have been duped into buying such properties to demand reimbursement of their cash.

He said that the party supports the recent warning issued to wayward politicians noting that such politicians as Johanna Ng'eno were denting the image of the party which is rejuvenating after a long slumber particularly in the Central region.

"The party is very vibrant particularly in the Rift Valley and parts of the North Eastern and we are determined to follow suit and revitalize it in Mt.Kenya. Kanu will be the party to watch in future and thousands of people will stream into it in droves and that's why we should start preparing ourselves in advance," he said. 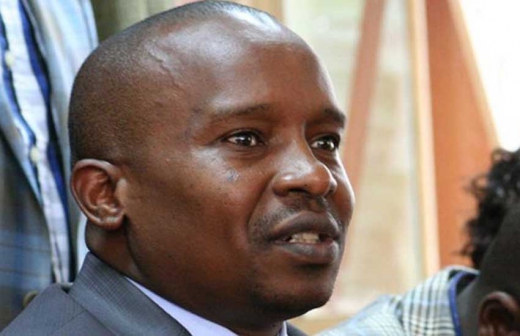